On 5th July, 1948, Aneurin Bevan, the health secretary, launched the NHS at Park Hospital in Manchester. For the first time, hospitals, doctors, nurses, pharmacists, opticians and dentists were brought together under one umbrella organisation to provide services that are free for all at the point of delivery. Before the National Health Service was established in 1948, patients were generally required to pay for their healthcare.  West Bromwich ran hospitals for local ratepayers under a system originating from the Poor Law. Sandwell General Hospital itself began as an infirmary, which was added to the West Bromwich Workhouse in 1884 and only became a separate hospital called Hallam in 1925.  In 1948, all the hospitals in West Bromwich came under the administration of the Regional Hospital  Board (Birmingham), an arrangement which lasted until 1974. You can find out about the story of the Workhouse here: www.westbromwichhistory.com/section/series-the-paupers/

To celebrate the 70th Anniversary of the NHS, a group of local health workers have gathered some reminiscences which are now posted on this website. Please explore the pages in this series here: www.westbromwichhistory.com/section/series-hospital-stories/

Thanks to Jenny Porter, who has co-ordinated the collection of materials. 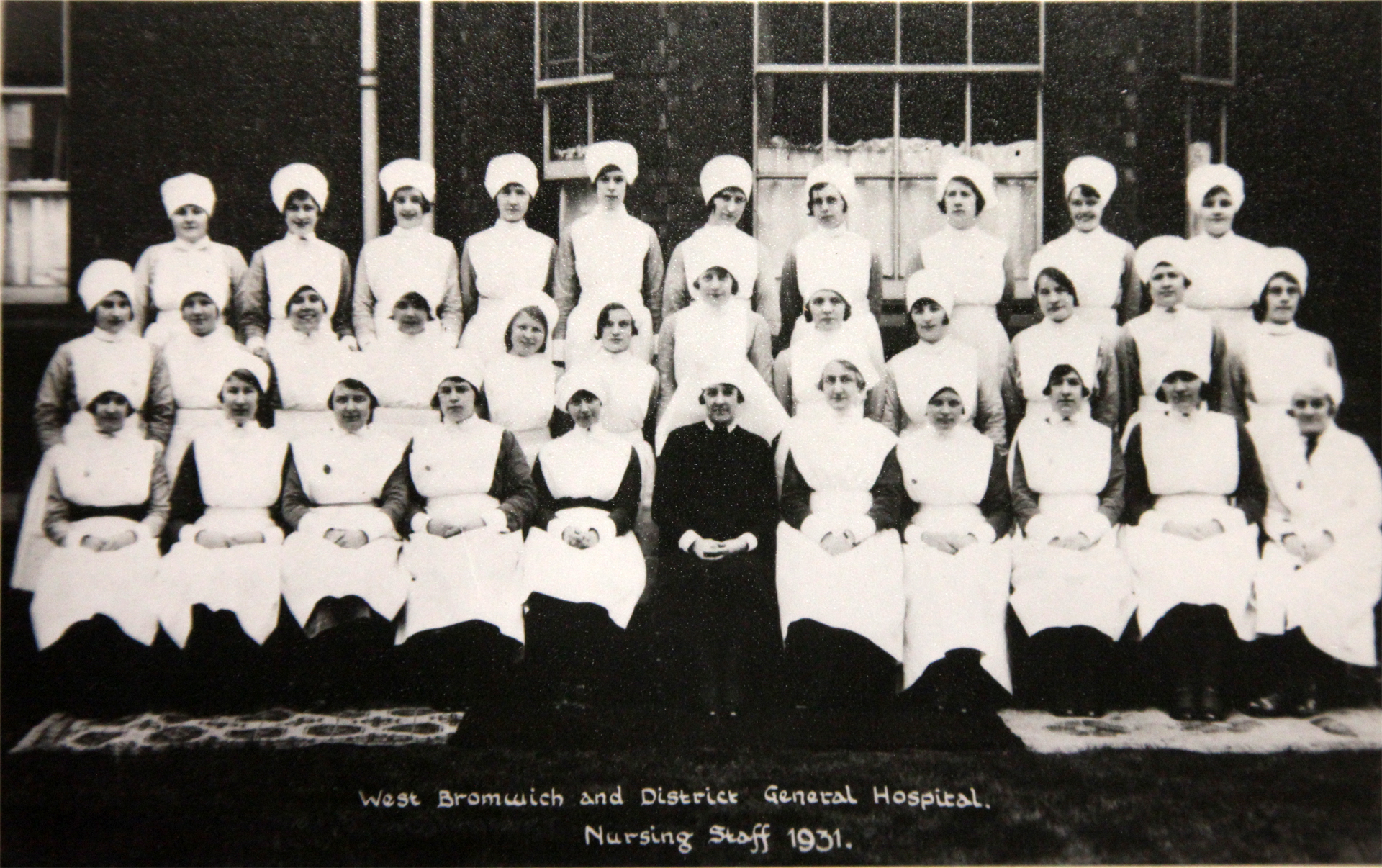