A player of parts and a worthy follower of past Villa heroes. Scrupulously fair and honest in tackling, a willing worker, and an adept at finding openings for goal in big games. No place in the half-back line comes amiss to him. A quite, unostentatious player of the untiring order, he has done his share in raising the tone of football both on and off the field. ‘Straight as a die’, he is a general and deserved favourite.

He played for England five times.

Albert Wilkes Senior was born in 1874. He played for Holy Trinity School, then West Bromwich Baptists, and had a trial with the Albion. He played for Walsall for three years from 1895, making 63 appearances. He joined Aston Villa, playing for them from 1898 until 1907, making 159 appearances. He also played for England five times. He went on to play for Fulham and then assist Chesterfield before retiring in May 1909.

He became both a qualified referee and opened his own photograph studio in Legge Street, West Bromwich, concentrating on football player and team pictures. He began this photographic career whilst still a player, encouraged by the Chairman of the Villa to think of a life beyond football. His son Albert Wilkes Junior continued the business until it was sold to leading photographic agency Colorsport in 1970. 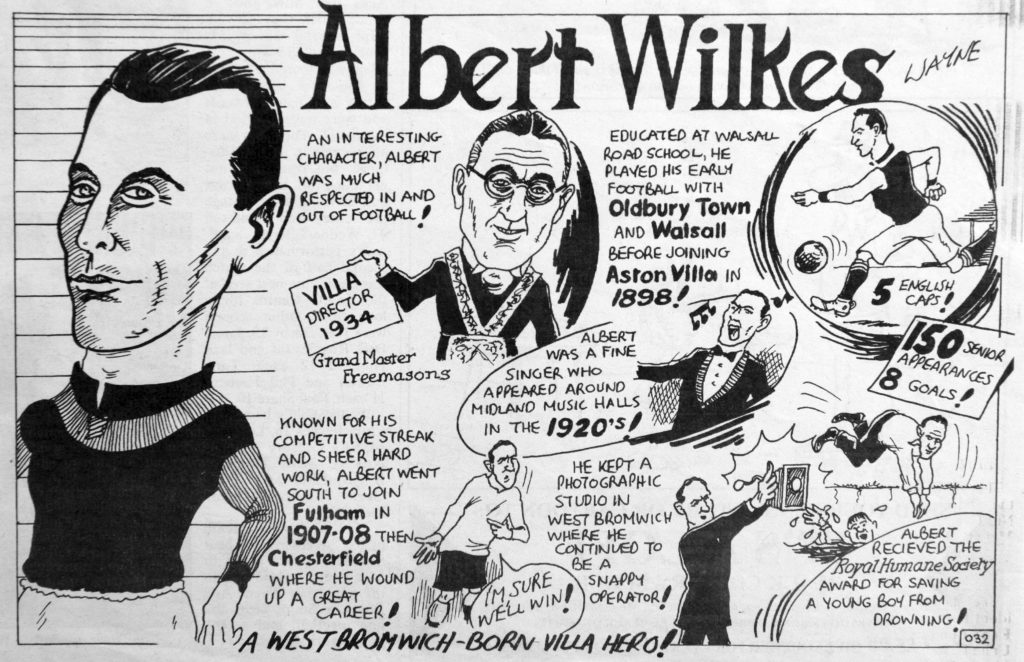 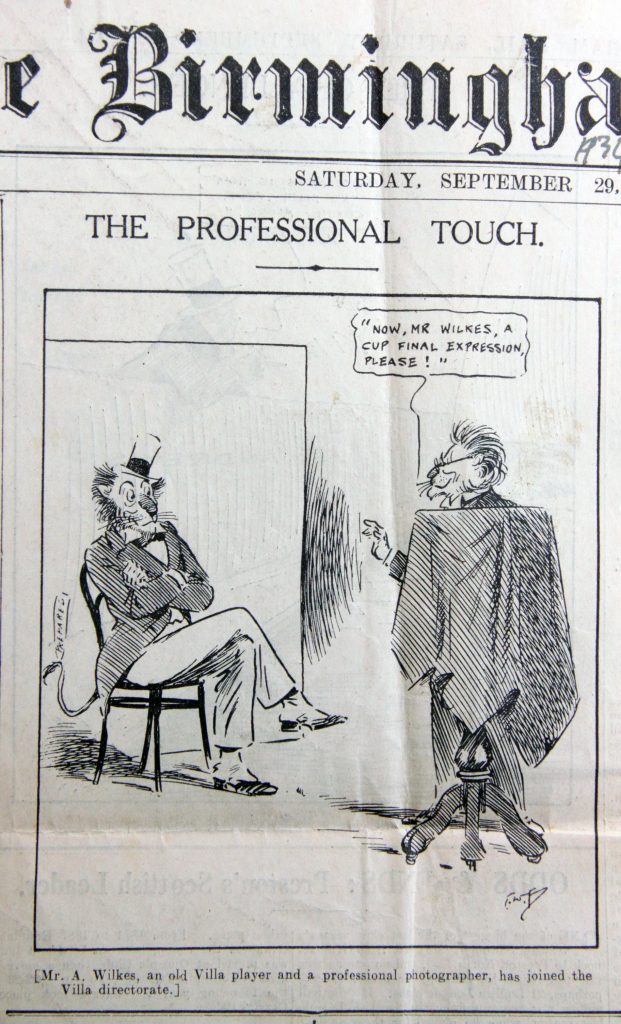 He became both a qualified referee and opened his own photograph studio in Legge Street, West Bromwich