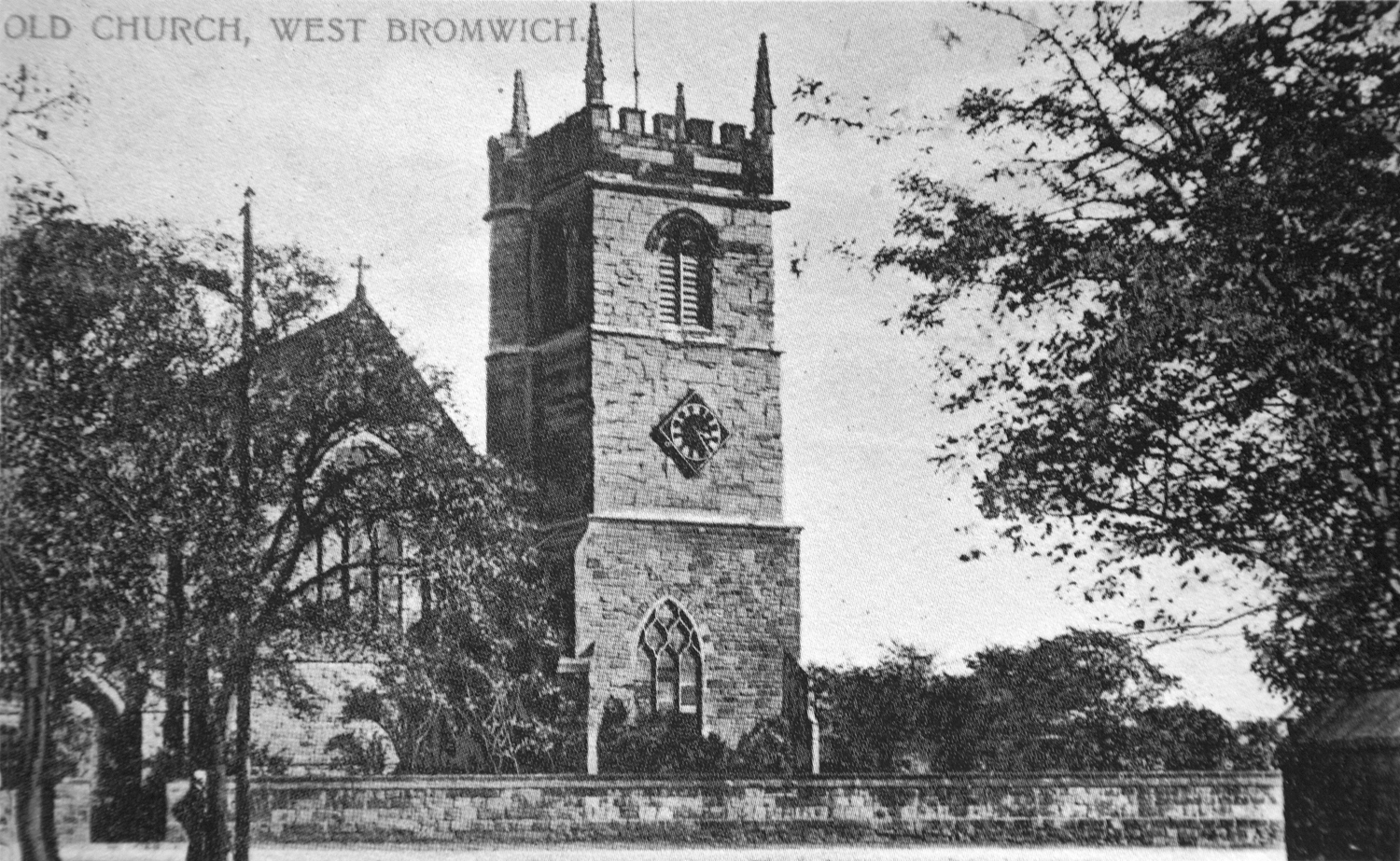 A number of well known people are buried in the church yard including James Kier and James Eaton. 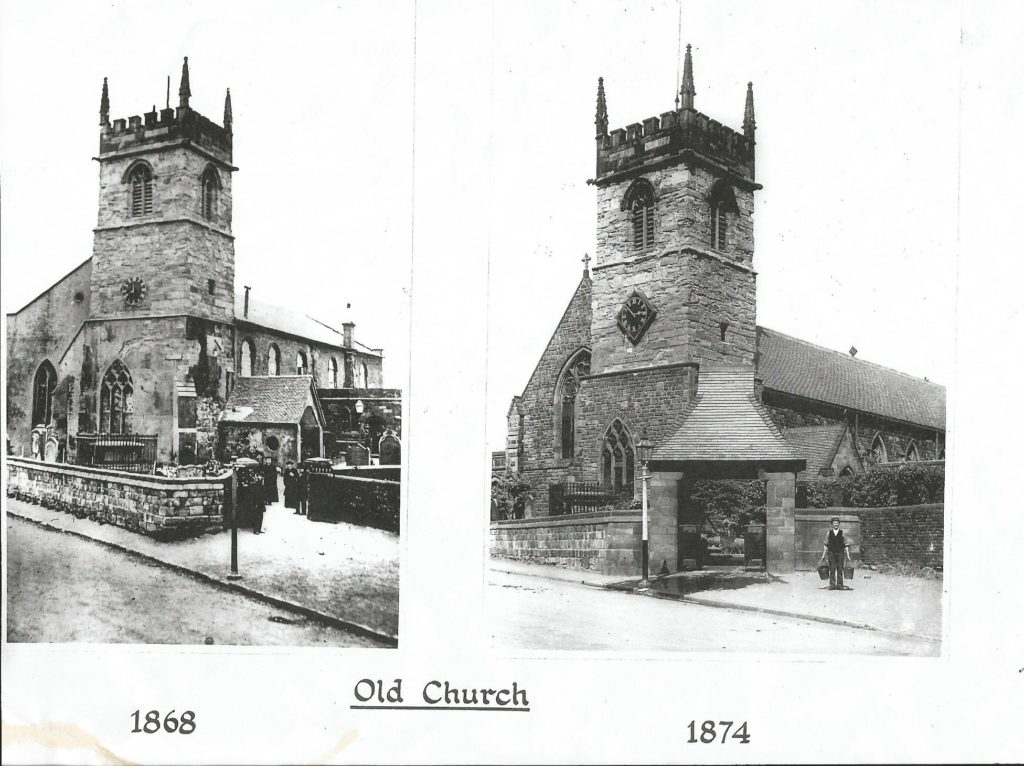 It has been suggested that a Norman Church had been built on the site around 1100 A.D. The church flourished and was remodelled towards the end of the 1400’s. It was known then as the Church of St. Clement. It has a tower of the 14th and 15th centuries.

A record of 1742 shows it was later dedicated to All Saints, now known as the Old Church. By 1786 the church is described as being dilapidated and in want of repair. Repair and renovations were completed by 1787 and the new church dedicated. The building remained until 1871 when the present All Saints Church was rebuilt and was opened in 1872.

The interior of the church has a beautiful mosaic along the length of the west wall, depicting Christ Blessing the Little Children. The mosaic is a memorial to the men and women who gave their lives in the First World War. Either side of the memorial is a list of names. (You will find them listed here..

A number of well known people are buried in the church yard including James Keir, a member of the Lunar Society, and James Eaton, a signal midshipman on The Temeraire and was responsible for being the first to repeat Nelson’s famous signal, his grave stone is situated outside the church porch door. The churchyard is also the final resting place of Billy Bassett, who was a West Bromwich Albion player and a chairman of the club. Bassett saved the club from extinction, first when he became director in 1905 when the club was in deep financial trouble and he organised fundraising, then again five years later when, then chairman, he paid the entire team’s wages out of his own pocket.    see also All Saints Church by Mike Fenton

THE CLOCK  (article and photographs by Ken Ford )

A sundial is installed on the south facing wall of the tower. The problem is that It is one hour slow in “summertime” and it stops working after dark!
An original clock was installed in 1794 made by Thwaite of London and lasted just over 110 years when it became very dilapidated.
Donated by Mrs. Joseph Parker in her husband’s memory the present clock was made by J Smith and sons, Steam clock works Derby and was installed in March 1905. It is a turret clock with a Dennison double three legged gravity escapement. It would have been originally hand wound twice weekly via the 35 spiral steps to the clock chamber. (Joseph Parker was a very successful pub/hotel landlord).
Sometime in1980 after a 6 Months stoppage the clock was overhauled and 240 volt electric motor and gearbox was fitted this was to automatically wind the clock every two hours and the work was paid for by donations. The work was carried out by Horologist Mr Vernon Hadley of Ellows Road Lower Gornal Dudley. He also overhauled the chiming mechanism and replaced the clock face as it is today.
By today’s standards the switching mechanism was very primitive using string and “knicker elastic” to operate a mercury switch.
In 2003 new winding gear was fitted this time using a 12 volt D.C. motor with upper and lower micro switches with a pulley / lever system. The motor has also a backup battery and charger. The clock was fully overhauled at this time. An electronic chime was installed about 15 years ago but it is not always in sync with the clock, it operates a solenoid which causes a hammer to strike a bell.

A lychgate (or lichgate) is a roofed gateway entrance to a churchyard, used in medieval times as the place where a priest would meet mourners bringing a body for burial.  The first part of the burial service would begin under the shelter of the lychgate.

In 1773 when the needs of the Parish were greatly increased, Jervoise Clarke gave a piece of land for enlarging the small churchyard and a new wall was built to enclose it.  Another addition was made in 1823 when the Earl of Dartmouth sold an acre of his land at the east end of the church for £80. In 1859 the next Earl of Dartmouth gave upwards of an acre of land to enlarge the churchyard still further, this piece extended to the south.  Again in 1875 Lord Dartmouth gave another acre to the east of the churchyard for the purposes of a burial ground for Church of England parishoners only. 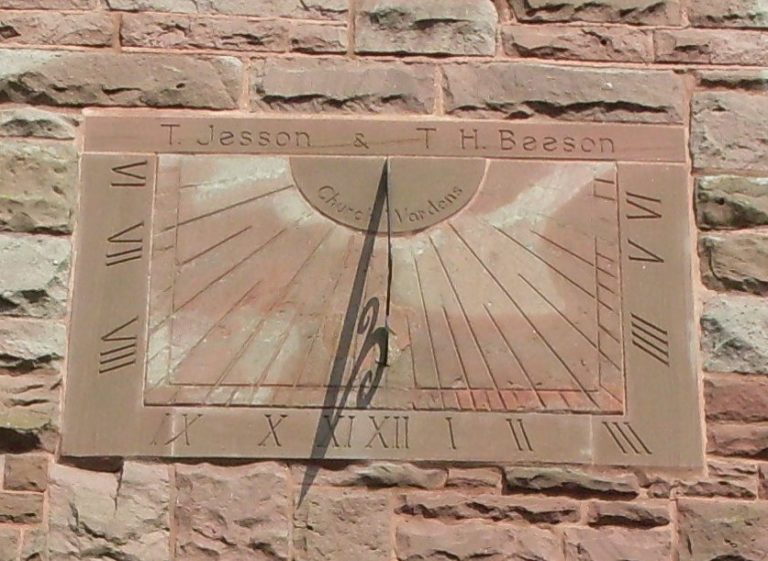 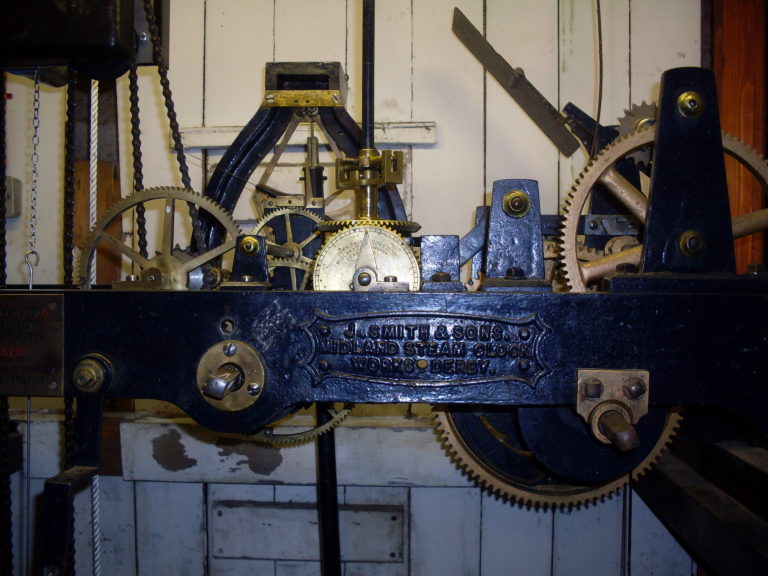 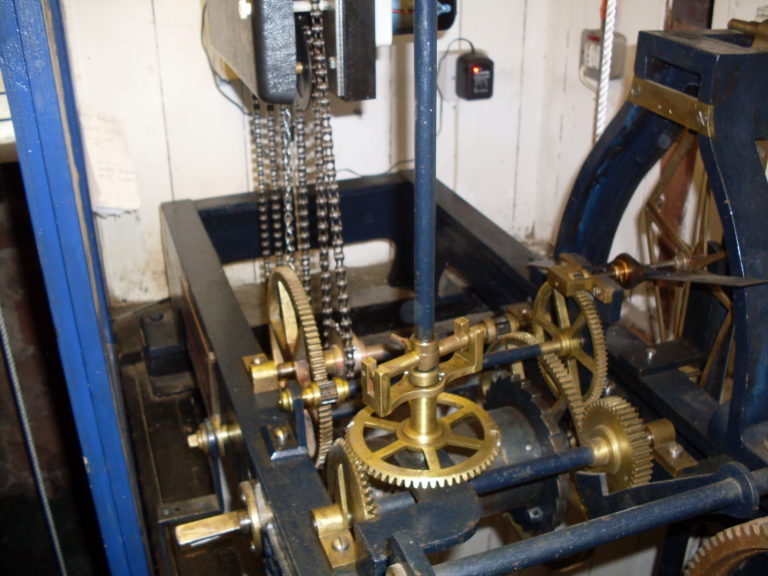 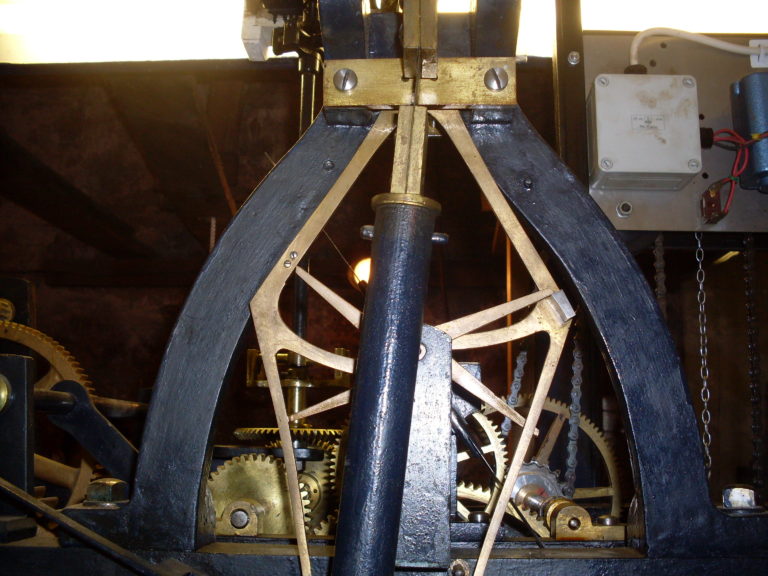 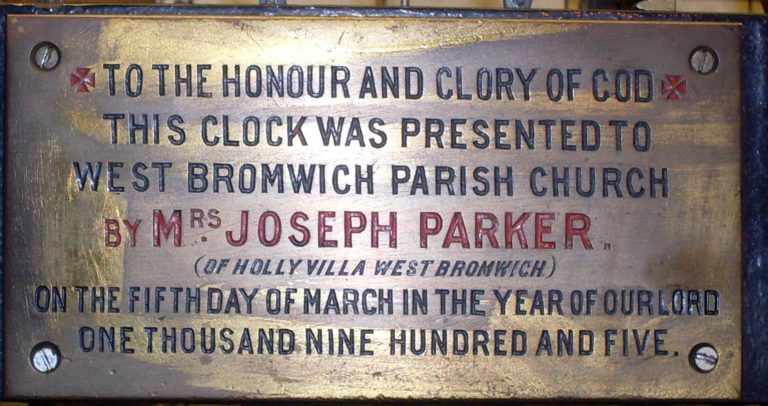 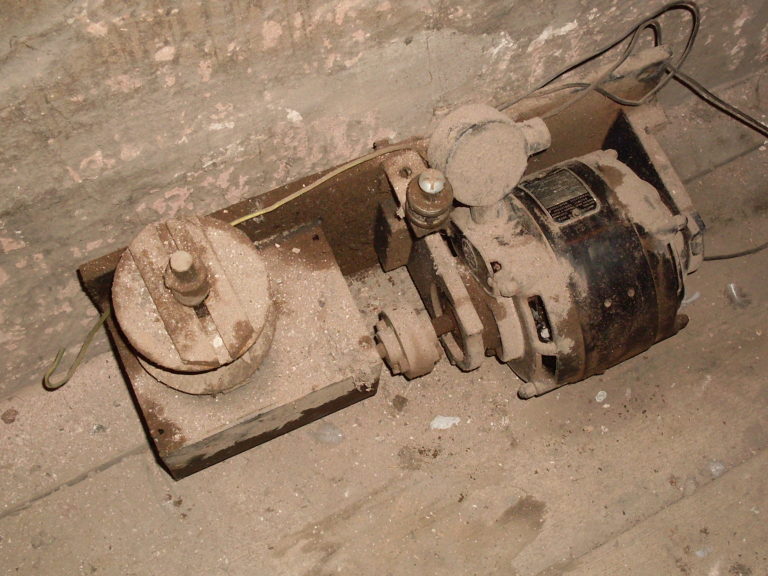 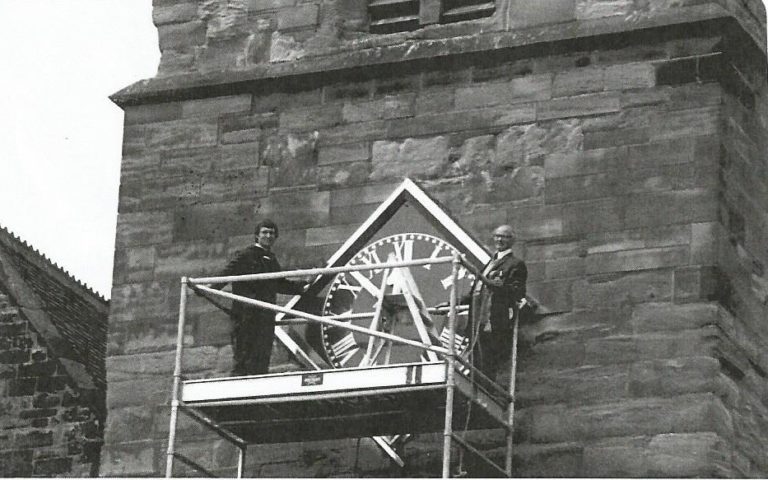 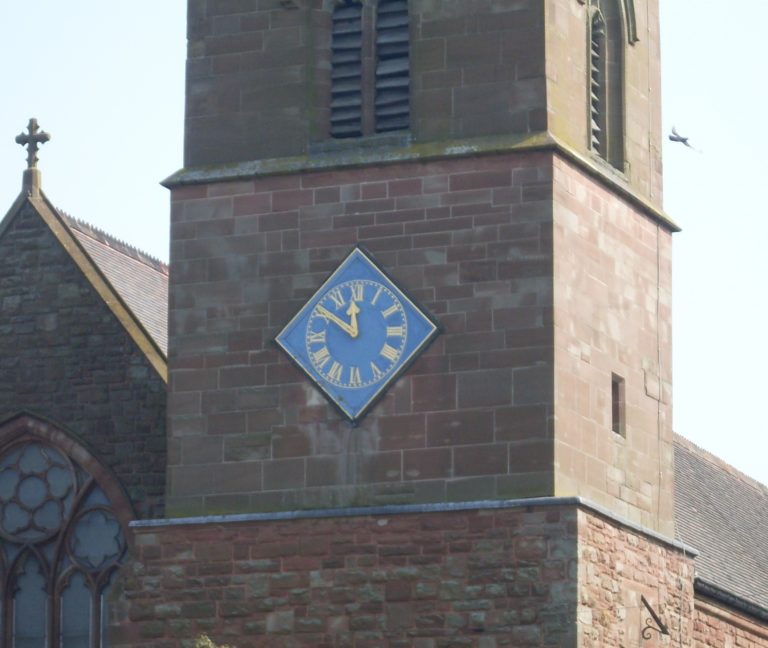 A group of volunteers did a fantastic job over several months to clean up the churchyard, making every grave accessible in the churchyard including the 25 war graves which are there.