Madeleine Carroll was one of Hollywood’s most successful actresses of the 1930’s. She was born in Herbert Street, West Bromwich, in 1906, the elder of two children of an Irish professor of languages and his French wife. 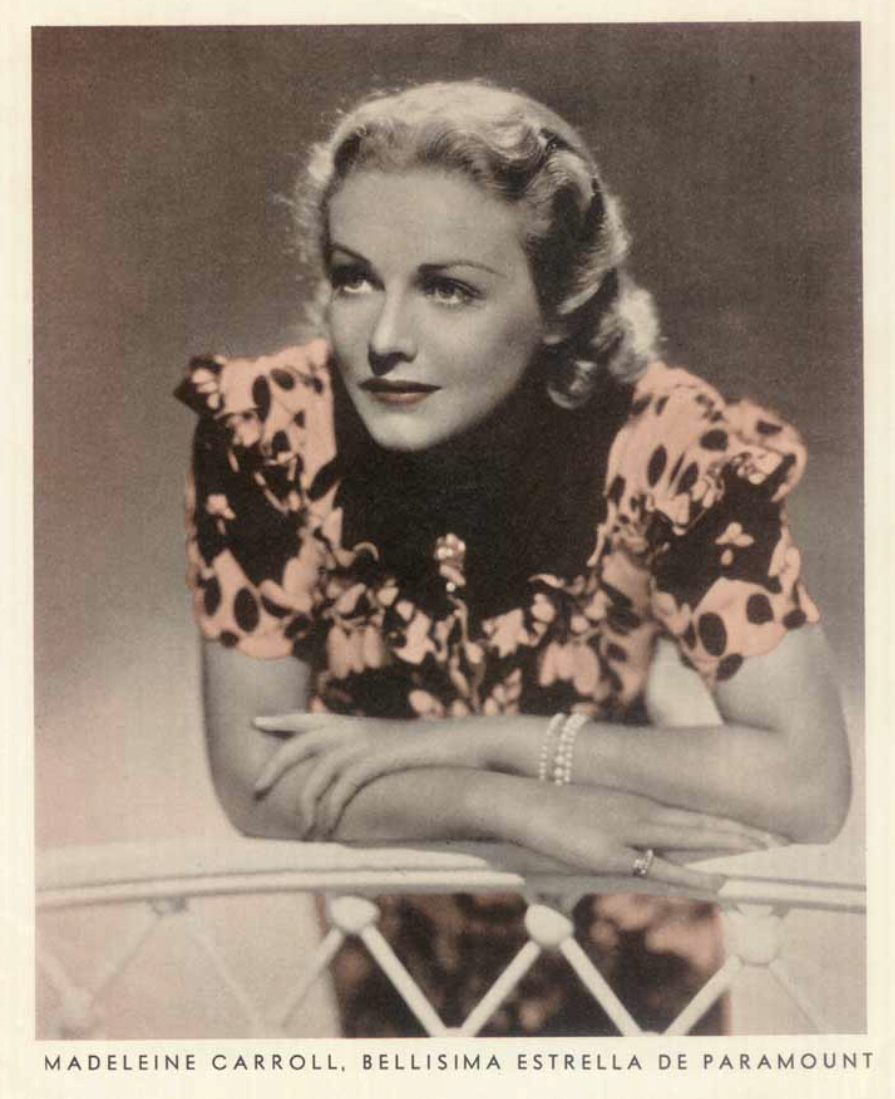 Her dream was to be an actress, bitterly opposed by her father – indeed, he ordered her out of the house and they were reconciled only after her first film. To support herself she acquired a job as French instructor at a girls’ school in Hove (near Brighton) and worked as a hat model before she made her stage debut in 1927. Hitchcock cast her in ‘The 39 Steps’ in 1936, calling her “his favourite blonde.” The success of this film led her to be the first UK actress to make it big in Hollywood. She went on to make over 40 feature films, but within a few years she gave it all up, after her only sister Marguerite was killed in the Blitz, shifting her priorities from acting to working in field hospitals in Europe as a Red Cross nurse, and undertaking humanitarian work after the war, particularly in relation to children. In 1949, she proposed a resolution to the U.S. Committee of the UNICEF that there be constituted an International Children’s Day.

It was rumoured that her sister Marguerite was a spy in the war who was shot by the Gestapo. However, in an address given by Madeleine to the Rotary International convention on June 13th 1949 in New York, she stated: “My younger sister learned how to be an excellent typist but was killed at her typewriter by a direct hit from a German bomb in London’s 1940 blitz.”

In 2005, Horace Knowles recalled studying with her at Birmingham University, where she was studying French and he was training as a history teacher. They both attended a Thursday lunch session to brush up on mathematics. “I was in the first year and she was in the third, but we had to study maths together in the arts site in Edmund Street, in the centre of Birmingham. She was only one of two girls in the class and was incredibly good looking. I never thought to ask her out. I was the son of a miner and didn’t have much money. She was a bit out of my league. She did go on to take the lead in the university play and seemed to go on from there.”

A blue heritage plaque can be found in Herbert Street, where she was born, and in Jesson Street where she lived. There is a third plaque on the wall of the former Grammar School she attended in Lodge Road. She is also remembered by a commemorative stone in the new town square, New Street, outside the Central Sixth Campus building. 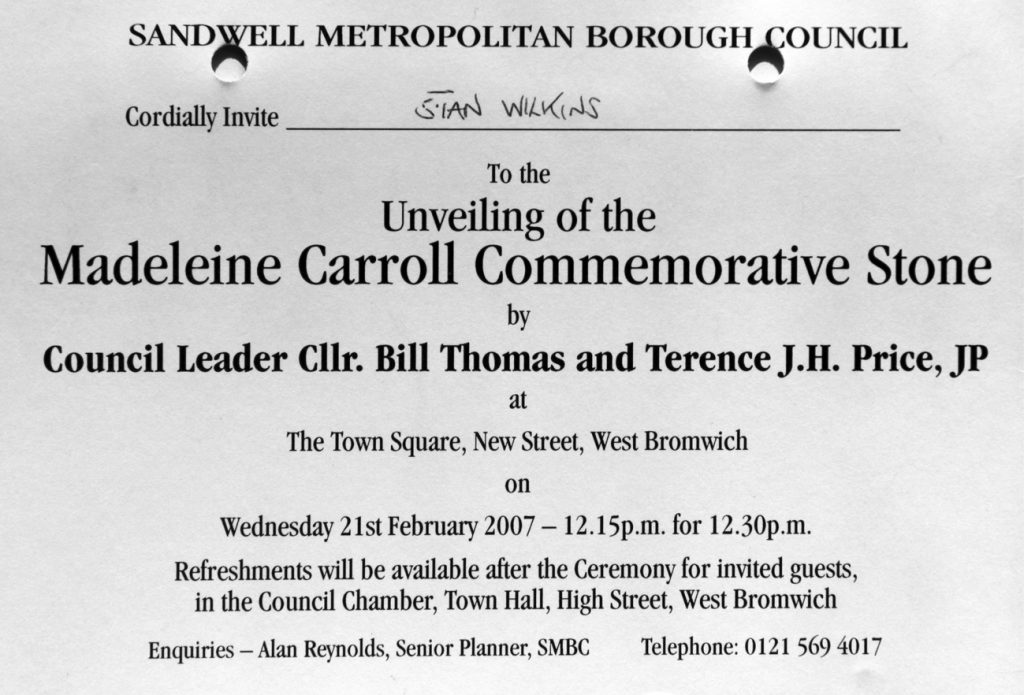 In 1949, she proposed a resolution to the U.S. Committee of the UNICEF that there be constituted an International Children’s Day.