When the first steam engine was invented, Richard Salter, founder of the firm, evolved a valve spring which prevented it from blowing up - and the first internal combustion engine made in England had Salter valve springs.

Beginnings of the Salter Family

“In 1760 George III came to the throne. William Pitt was the Prime Minister and we were at war with France. It was this war and a few years later another war between England and her American colonies (1775-1783) – which gave such an impetus to the iron trade all over England, and especially to that part of the Midlands soon to become the Black Country.

There were in those days no factories and no employment of labour as we understand it today. The iron-workers of the Midlands worked in their own homes, in the kitchen or the backyard, often with the whole family taking part. But in each small community there would gradually emerge one who – more capable? more energetic? better at organising? – would act as go-between for the workers and the buyer, find the raw materials, collect the finished product: who would gradually become the boss, ‘the gaffer’ to the people for whom he was acting.

What was it that, here and there, threw up a man above his fellows. Probably just that extra bit of native wit, or shrewdness, grift or obstinacy: or skill in managing men and directing their work into the most profitable channels. In those days few men could read, write or cipher and although this was no insuperable obstacle to advancement, any skill in these accomplishments gave a man an advantage over his fellows. It must have been some such extra ability which brought the Salters to the fore. They were workers, as were those about them but they had that extra something which made them ‘the gaffer’ to their neighbours and finally employers of labour on a large scale.”

The Salters possibly originated in Bridgnorth and joined up with the Silvesters. By 1760 a family of four Salter brothers were living in Bilston. One of them, George was an innkeeper. His brother William is mentioned as a “pocket steelyard maker” – a small weighing device, and brother Richard who was the first known Salter to make springs and went on to become the founder of the firm.

John and George did not marry but their sister Mary married her cousin Richard Salter (George the innkeeper’s son). They had children George, John and Mary who were the third generation of Salters. When George died young in 1825 it was left to John and old Uncle George to carry on the business and it was at this time the firm became known as “George Salters”.

“Salters was the first firm to make the typewriter in England, for many years the only firm to produce an all-English model and in the face of intense competition from abroad, to persist in its manufacture from 1895 to 1936, when the department became a separate company.”
Mary Bache 1960.

The Salter 5 was in fact the first typewriter that George Salter & Co marketed. The early Salter typewriters were designed by James Samuel Foley and John Henry Birch.

(J.S. Foley, an American mechanical engineer, came to West Bromwich and married here. He and his family lived at no 5 High Street.

J.H. Birch was a school friend of George Salter and by 1881 was a partner in the firm. When Salters became a private limited company in 1916 he was one of the first directors.)

The Salter 5 and 5 (improved) had a round keyboard. All later models had straight 3-row keyboards.

A few years after the introduction of the Salter, the company introduced a new model, the Salter 6. With this machine the curved keyboard was dropped in favour of a straight keyboard.

The machine had an almost architectural appearance with two impressive pillars at the front. It remained in production for six years, until the Salter 7 was introduced in 1907.

The Salter 10 was the last in the series of downstrike Salter typewriters. It was an impressive machine very similar to the Salter 7 that had appeared only a year earlier.

In 1914 all work on the typewriter ceased as workers were required to make gun parts and it was only after the war that work was resumed. At this time E.W. Bache was the Works Manager of the Spring Department and was personally concerned with the production of the Salter Typewriter.

In 1924 the typewriter was renamed ‘the British Empire’ whilst a ‘Buy British’ campaign was under way.

In 1936 Salters disposed of all their interest in this machine to a company formed specially to manufacture it, British Typewriters Ltd. 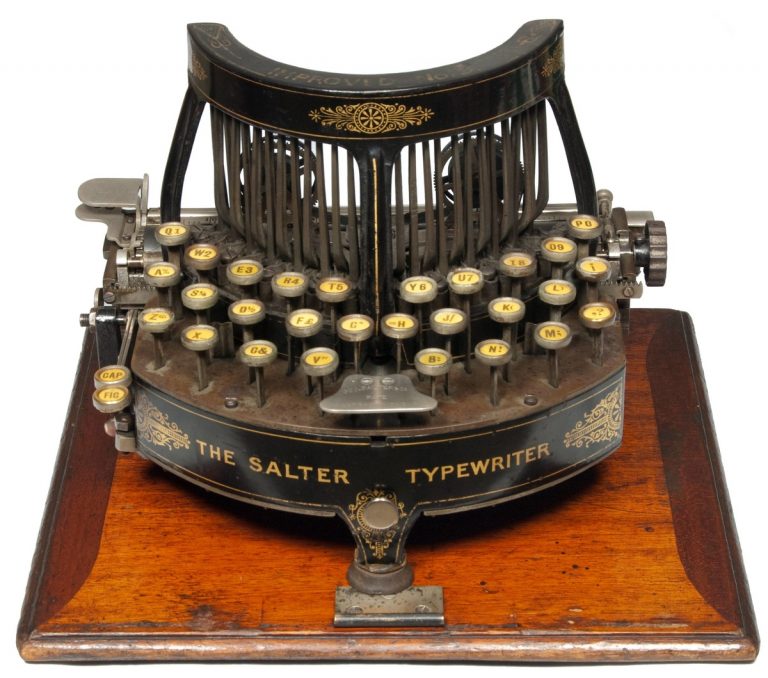 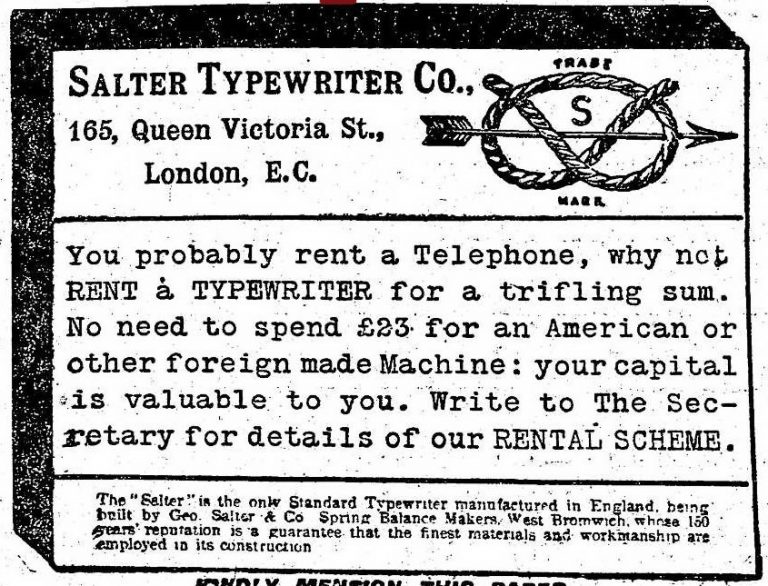 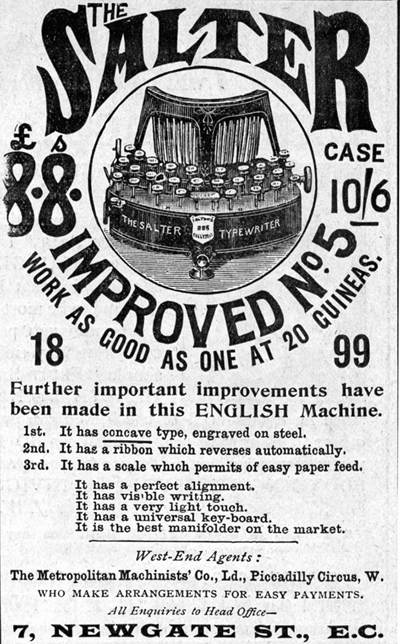 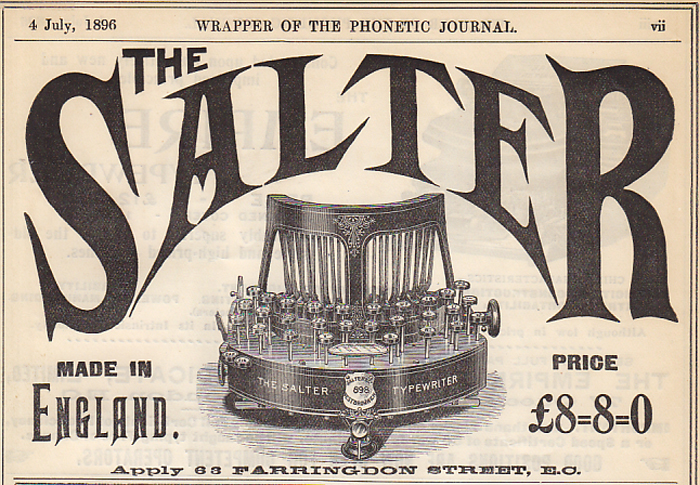 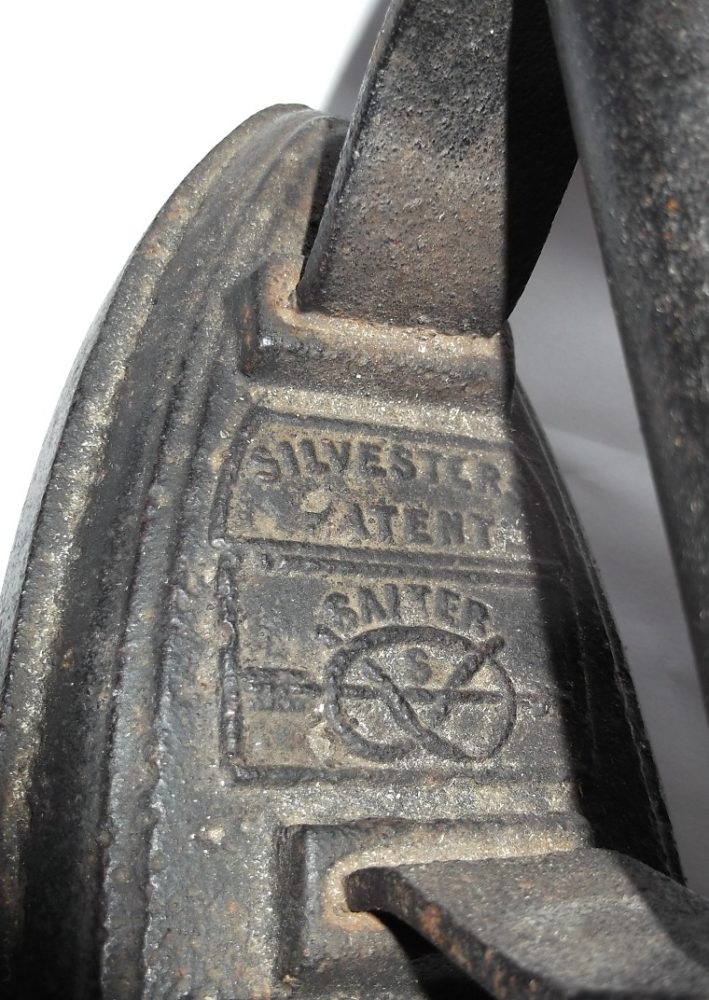 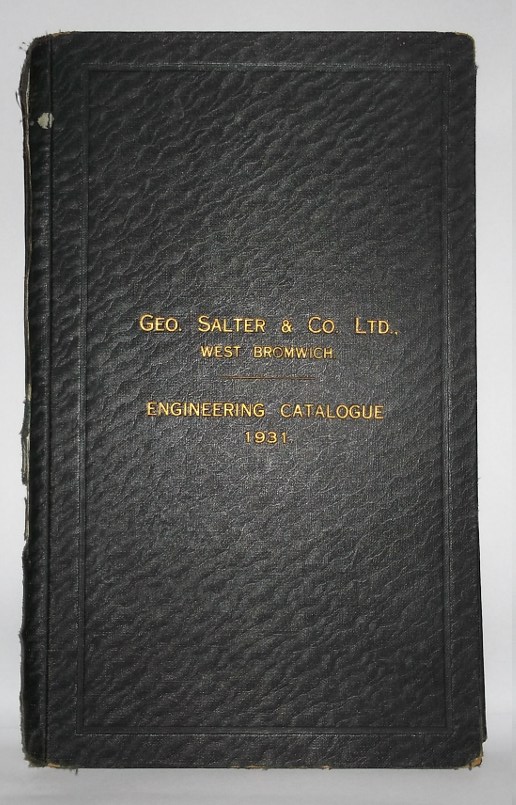 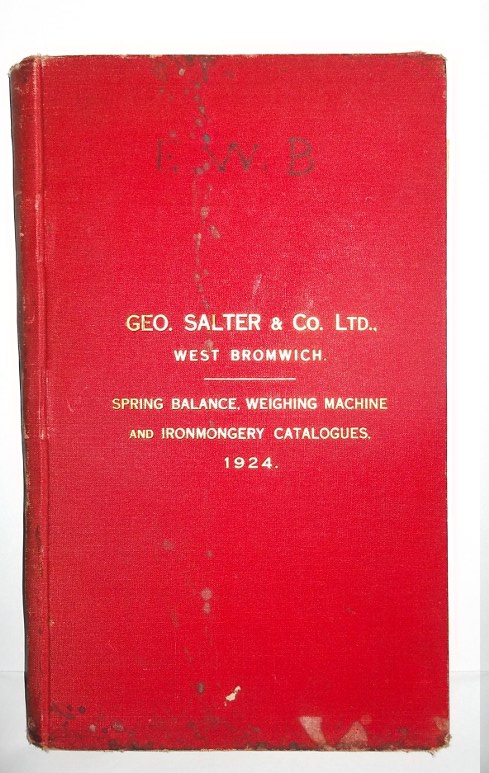 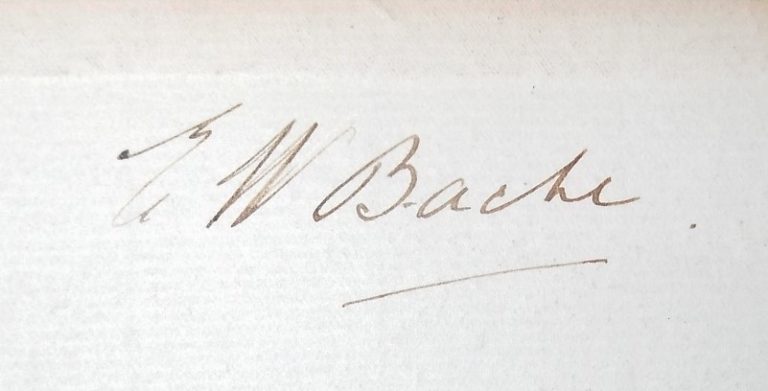 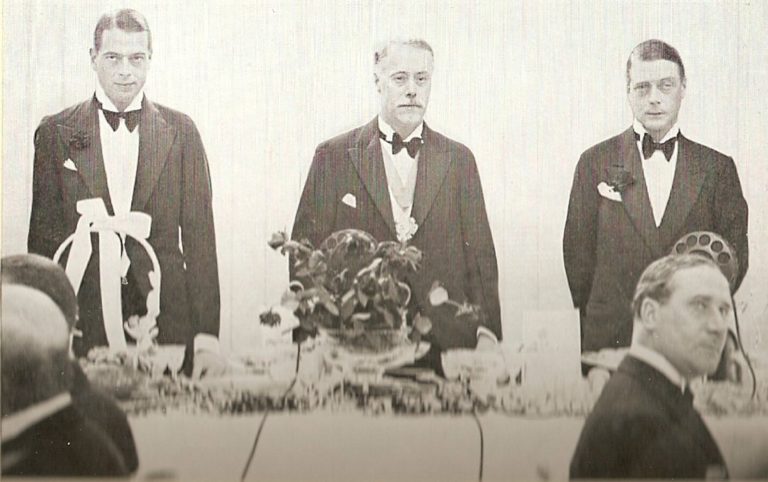 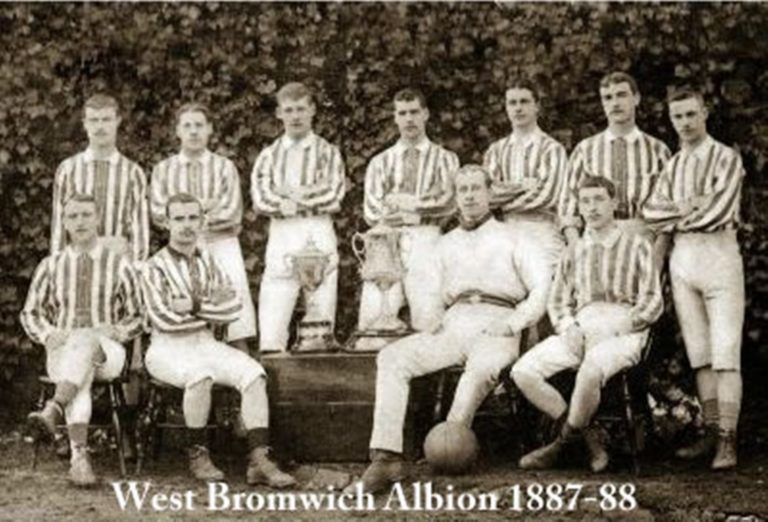 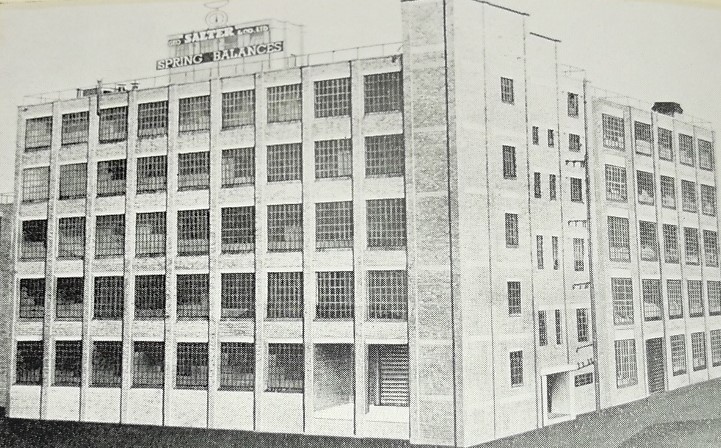 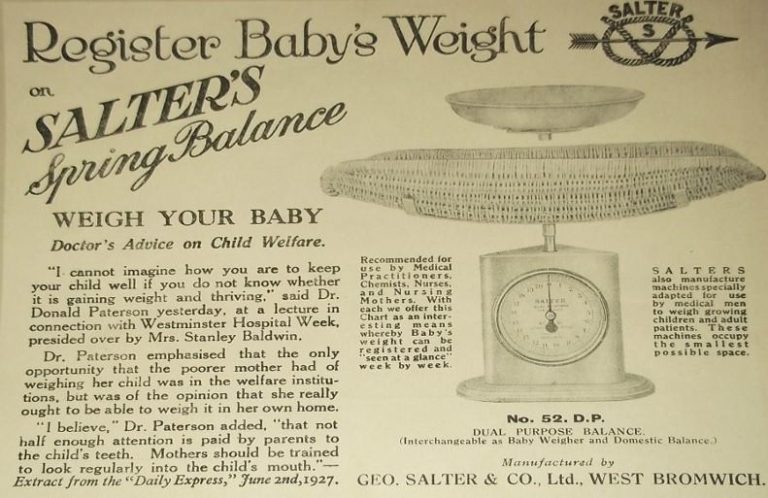 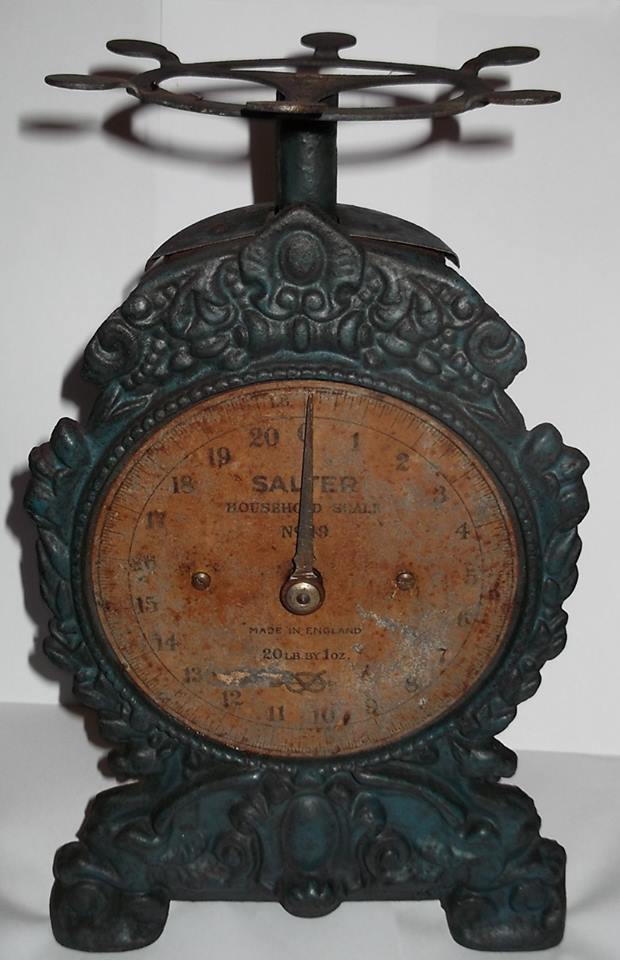 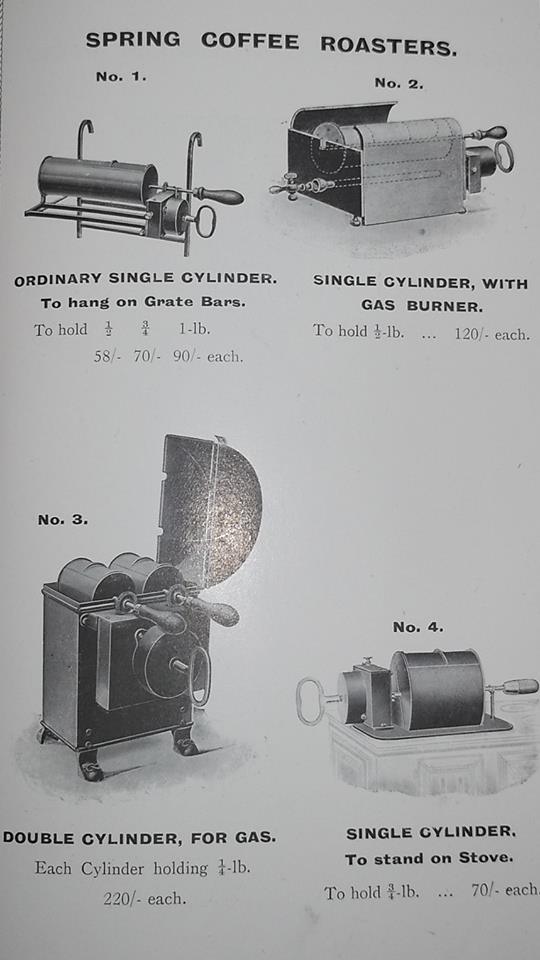