In the early 1880’s working class families spent about a quarter of their total income on alcohol and there were frequently voiced fears that many were ‘drinking themselves to death’.  Working and living conditions were rough and people drank considerable volumes of alcohol to escape from their desolate lives.  From this background came the Blue Ribbon Movement.

The original Blue Ribbon Movement was started in Maine, USA in 1877 by Mr. J.K. Osgood, who named it the Temperance reform Club Blue Ribbon Mission Movement.

In February 1887, Francis Murphy (1836-1907) developed the idea further.  He was a reformed rum dealer.  Born in Wexford, Ireland, he migrated to the USA at the age of 16 in 1852.  He worked in a bar and had a short spell in prison for drunkenness before signing the pledge and turning his back on the evils of drink.  The ‘Gospel Temperance’ or ‘Blue Ribbon Army’ was set up in the USA by him.  He then set up a campaign which combined the idea of Christian evangelism with teetotalism.  Murphy took his movement’s colour from a reference in the King James Bible (Numbers 15 verses 38-39) which bids the Children of Israel to put a ribband of blue in the borders of their garments to help them remember God’s commandments.

A year later, an Englishman, William Noble, attended a rally and returned to Britain to spread the word.

In 1882 the Gospel Temperance Movement, also known as the Blue Ribbon Army, held a four-week mission in West Bromwich.  The mission was followed by organized temperance work, and meetings were held in a house in Pitt Street and later in a building on the site formerly occupied by Hudson’s Soap works, probably in High Street. 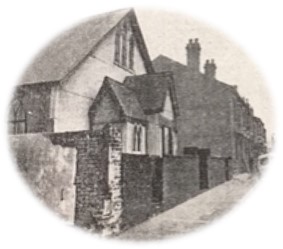 A corrugated-iron mission hall, capable of holding 800, was built in Pitt Street in 1892-3.

Bricks were also laid by various friends of the Mission.

The opening service took place on Monday February 20th, 1893 at 3 p.m. The Rev. Prebendary Grier, M.A. gave the sermon. A public tea was held at 5 p.m. in the Salvation Army Barracks in Queen Street which was lent for the occasion.

An Evening Service followed at 7.30 p.m., presided over by His Worship the Mayor, C. Akrill Esq., J.P. and his wife.  Several addresses were given and music provided by various soloists, duets and quartets.  The Mission Brass Band played a selection of music.   Hon. Secretary and Trustee, William B. Moore, gave a financial statement.

The Saturday evenings known as the people’s ‘Popular Saturday Evenings’ were introduced and proved successful.  ‘Limelight Services’ when temperance and religious subjects were illustrated, proved a great attraction.  Many who used to spend Saturday evening in the public-house could be seen enjoying themselves at these services instead.

Thomas Rollason was the third Mayor of West Bromwich

Many were manufacturers, merchants and business proprietors but some were workers who could not even write their names so could only “make their mark” as a signature on the document.   In 1968 there was an average Sunday congregation of 35.  The hall was demolished in 1969, after compulsory purchase by the corporation. and the mission moved to Grant Hall at the corner of Taylors Lane and St. Clements Lane as a temporary measure.   In 1972 the hall became its permanent centre.

The Memorial Stones were transferred from Pitt Street to this building where they can still be seen today. 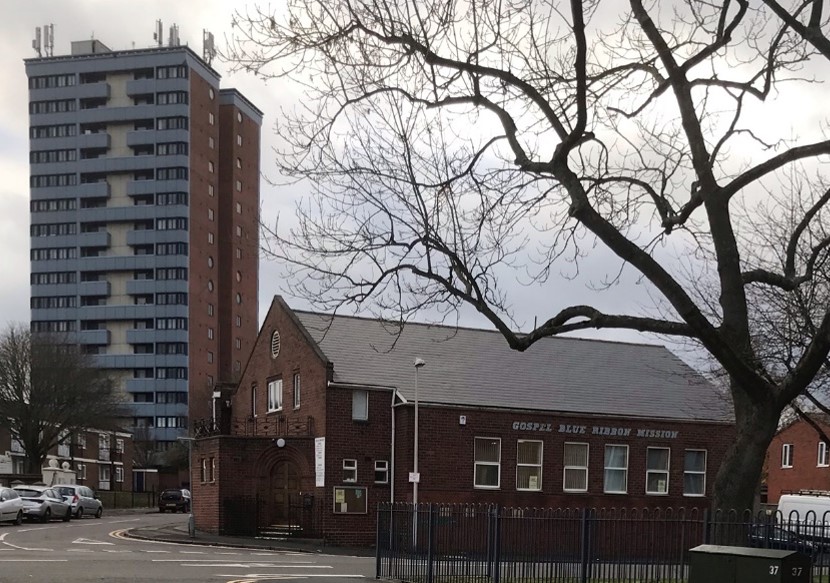 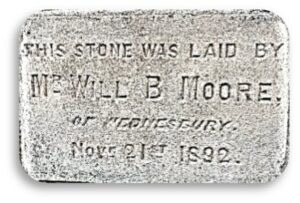 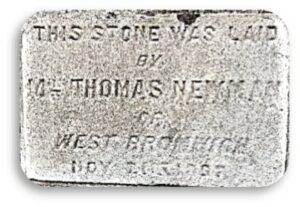