Some memories of patients at local hospitals over the years. 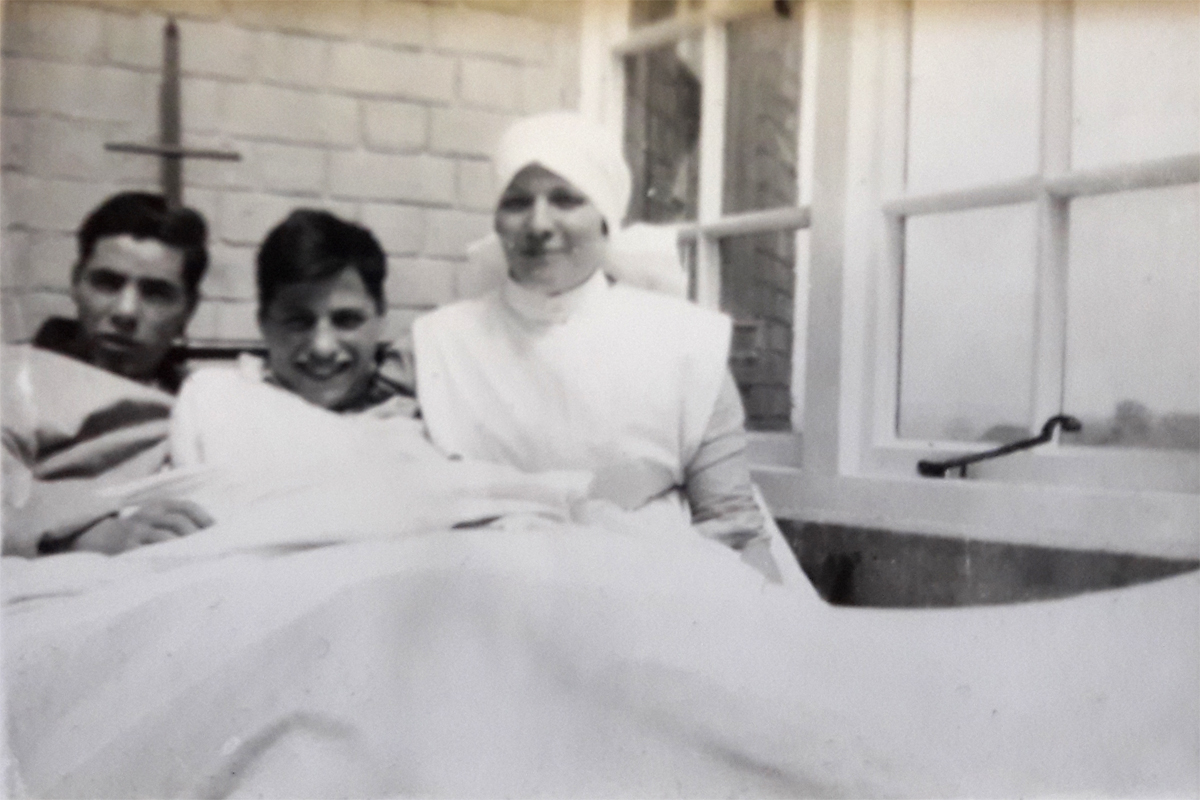 Carol Leatherhead worked as a young girl in hospital  administration in West Bromwich and shares her experiences as a patient.
“I left a good job to go and work for West Bromwich HMC as a general wages clerk, a job I loved. Book-keeping, records, but most of all putting the wages into little brown envelopes for hospital staff who were weekly paid. This took place in the attic of an old house in Barrow Street, West Bromwich – the head office. A pile of cash – notes, half-crowns, threepenny bits, sixpences. These were put into the envelopes working from a wage sheet – all handwritten. A coin left over at the end? You had to check every packet again until you found the error! Thursdays was also the delivery day, when staff waited with bated breath. They mainly queued in canteens at the hospitals, with a security van with guards delivering the wages.

What laughs we had. People, many of whom could not read or write, they put an X on the wages sheet, which was initialled by me, but they knew every penny they were due and God forbid if they were paid short!

Then the headaches began, slowly getting worse – eyestrain the doctor said. It wasn’t. It was meningitis. After a horrible painful week of pain and hallucinations, watched over by my sister and dad – my mother mostly worked nights – I was admitted to Hallam Hospital, at death’s doors, had the last rites read to me and my family were told to expect nothing. Dad and mum were allowed a short evening visit, when eventually I came to recognise them, and regain my memory, but it took a year and part of my hearing. Sadly I had to give up my job at WBHMC.

I was expecting my first child three years later, at City Hospital, then called Dudley Road, a hospital where I felt completely out of depth. I was just 20. No birthing partners or hubbies by your side then. I had a daughter, now 50. I was the only white girl on the ward apart from the lovely nurses, one of whom was Irish. Maggie, with lovely fiery red hair and a temper to match. Even the Doctors trod carefully around her – but she was wonderful to me, even though I refused to eat curry. You didn’t have a choice of menu then, you got what you were given. Ten days in there, so I had to eat. The lovely Maggie would bring me in food she’d made at home.

When I was 23 I was admitted to the Neurological Centre at Holly Lane, when my Doctor said I’d had a stroke. Tests were done and I had electrodes glue to my head – no scans then. My bed was in a little alcove with a curtain for privacy. Despite having lost the use of my left hand side, I suffered dreadful ‘nerve spasms’, mainly at night, when a nurse sat with me so I didn’t fall out of bed. She gave me my first cigarette. She was a lovely caring young lady, who had lost her twin boys at one month old, and she still carried on caring.

It was found that I was in the very early stages of pregnancy and advised to abort.  I didn’t and nine months later gave birth to my son, who is now 47. The birth took place in Hallam Hospital. I was surrounded by a team of about seven meds and I gave birth to the signature music of ‘Crossroads’. LOL. A healthy son, 8 lbs 4 ozs, and soon the use of my body returned.”

Christine recalls: “These are letters written by my mother, Elsie Gills, when she was in what was then Dudley Road Hospital, awaiting the birth of my brother, Robert, in July 1950. Sadly, she died when Robert was an hour old. She had a caesarean section and didn’t ‘come round’ afterwards. The smaller letter was for myself, then five years old. The mother, Amy and Bill referred to were my grandmother, Aunt and Uncle.”

“About 8pm on 21st January 1987, I had a telephone call to say my father Henry Lapworth had been taken ill. I went to my parent’s house and it was obvious that he suffered a stroke, but the ambulance man said only a mild stroke. My brother, my mother and myself were allowed to stay with him until 11pm, when he was settled on a ward at Sandwell hospital. We went home, myself to Stoney Lane just near the hospital. At 3am on 22nd January I had a call to go to the hospital. I went there very quickly with my husband. A nurse opened the ward door about 4 inches and said he had died, if we did not collect his personal belongings right away from the ward we would have to collect them the next morning from mortuary. Door closed.

My mother and brother arrived just after. When I gave my mother the news she passed out on the floor. No one came to help. My brother went onto the ward to collect my father’s things. No sympathy, no kind words, we were just left outside the ward door.

When my mother-in-law Sarah Welch died at home on 29th January 1995 it was a no better experience. We got to the hospital to be told by my brother-in-law that if we wanted to see her, her body was still in ambulance on the car park.”

Norma Smith sent us this letter below. 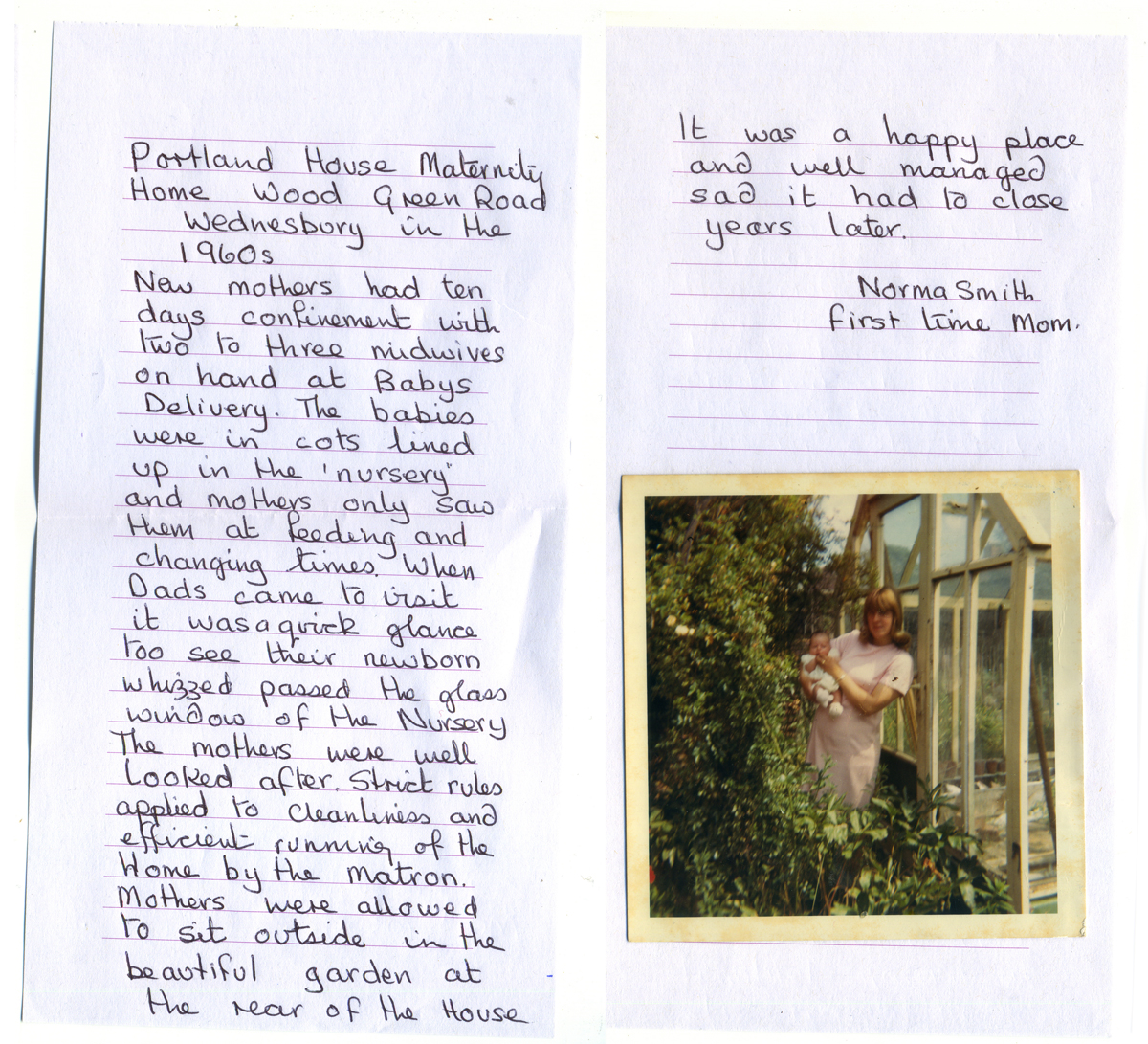