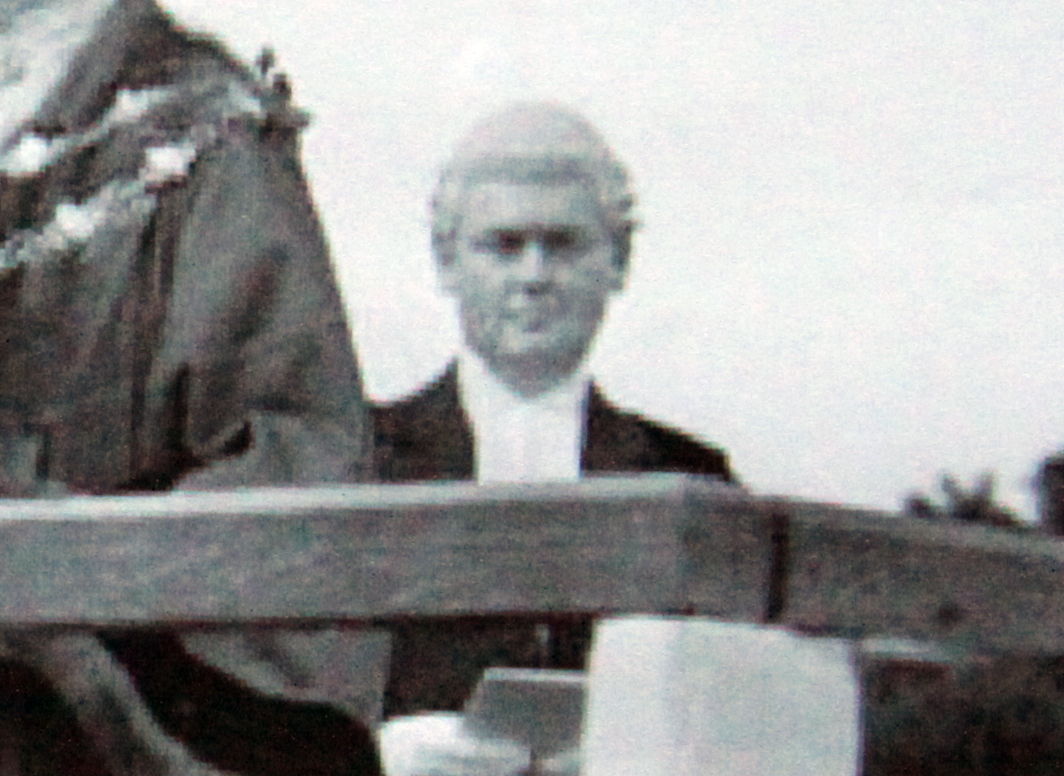 With the approach of war, the council were required to construct shelters for every man, woman and child locally, some 72,000 inhabitants.

John Day trained as a solicitor with the Town Clerk of Wolverhampton. By October 1937, at the age of 25, he had completed all his examinations and was wondering what the future may hold. He then received a telephone call from Mr Darlow, the Town Clerk of West Bromwich Corporation, asking him if he is looking for a job in the local area. In January 1938, John accepted the position of assistant solicitor at the Town Clerk’s office. While he expected to be busily engaged with legal work he soon found he had to look at the implementation of the Air Raid Precautions Act, passed by Parliament the previous year.

John was privy to information that was not common knowledge, that those higher up expected to go to war with Hitler before long. He found out that the country had been divided into nine regions, who will take over control in the event of invasion and the loss of the central authorities in London. A list of urgent demands soon landed on his desk, the first being the construction of shelters for every man, woman and child locally, some 72,000 inhabitants. He will spend most of the war down in the re-enforced basement of the Town Hall, which has been designated as the Civil Defence Control room. Up to 24 people are on duty here. They have two telephone exchanges set up below ground, to be manned day and night from the outbreak of war until the end. 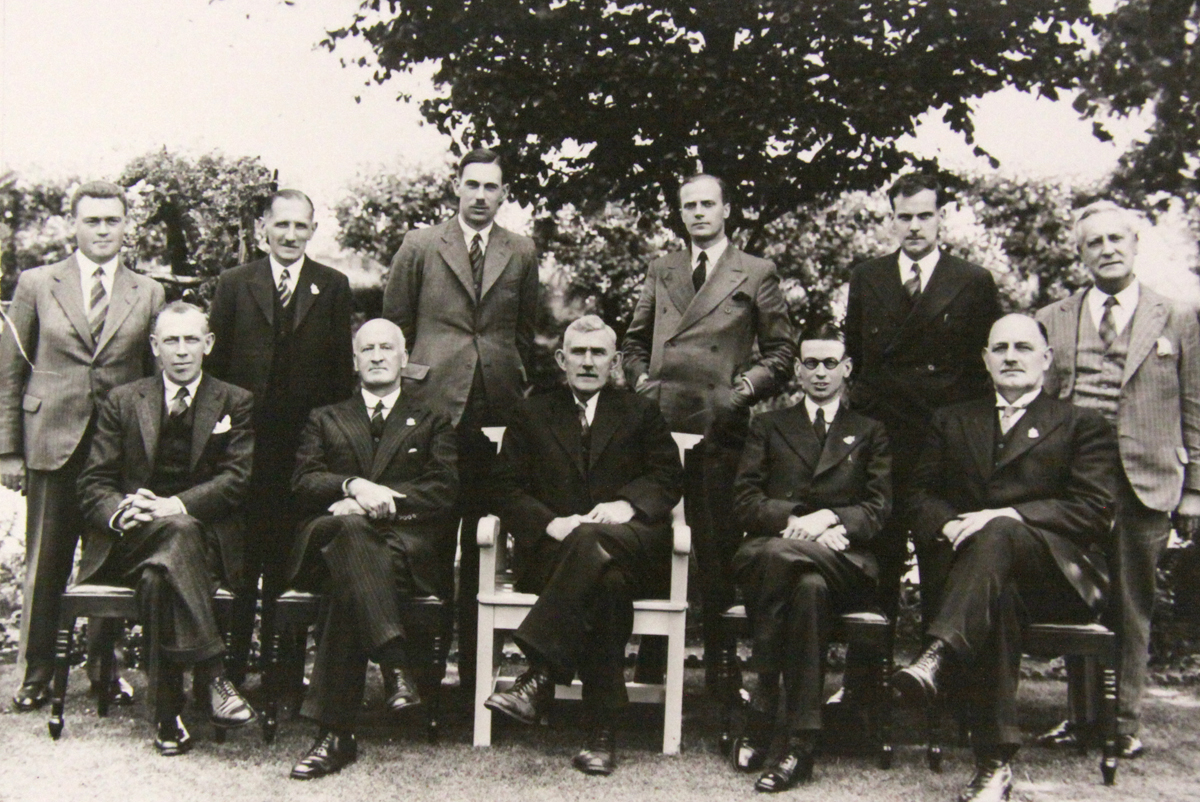 The story as told by John Day: “The basement of West Bromwich Town Hall was fitted out as a Civil Defence command centre. Notice in the side rooms the telephone exchange and command systems, the bicycle (for pumping air in event of failure of generators), and other paraphernalia from which strategic services would be commanded. From the moment that the Second World War broke out, on September 3rd 1939, the War Rooms in the basement of the Town Hall were fully ‘manned’ and for the whole ‘duration’ there was between 20 and 24 staff employed here. The Emergency Committee for West Bromwich comprised: – Alderman Major Lees, J. J. Grant, Bertram Adams, David Collins, The Mayor, Edward Woodward.

There were two PBX Telephone Exchanges for all communication, with six girls covering 24 hours a day and seven days of every week. A man logged records of all occurrences on two mornings a week. These were the only paid jobs. Recruits were difficult to find as able bodied persons were of course either conscripted into the armed forces or otherwise engaged in all of the other services required during times of hostilities.

The War Room was an additional service to the regular and usual services of West Bromwich Council, which all functioned in their traditional way. West Bromwich had about 600 ARP Wardens and some 700 emergency services personnel covering Police, Fire, Ambulance, First Aid, Civil Defence etc. 90% of whom were volunteers.

The government paid for the air raid shelter programme and 75% of the Civil Defence Uniforms from the public purse. A report in the Daily Mail on September 4th 1939 stated that air raid warnings had been signalled in the area and several small bombs had fallen on Great Barr. West Bromwich had a consignment of injured servicemen following the Dunkirk Evacuation of the British Expeditionary Forces in 1940. Along with other parts of the U.K. and following Chancellor Mr Hitler’s ‘Operation Sea-lion’, ‘The Battle of Britain’ and ‘Fortress Britain’ stages of the war, the Black Country received several bombing raids.

There would be communication from ‘somewhere’ that there was the likelihood of bomber operations in the area, Code Purple, and the Emergency Services would be ‘stood up’. Bombing in the area, fighter’s overhead was Code Red, and services sent to specified areas. I kept a diary of the wartime bombing of West Bromwich as follows:

Wednesday 19th November. Worst air raids on West Bromwich of the war. The alarm went off Code Red from around 1900 hrs. Bombing on town centre, three bombs on Lombard Street, other on Gas Showrooms next to and above the War Rooms, Lombard Street and demolition of the Gala Baths and Laundry. Bratt Street, Paradise Street, Peacocks Store, Bromford Lane, and Victoria Street all hit and the surrounding areas on fire. The General Hospital on Edward Street was evacuated during the height of these activities with patients taken to Hallam Hospital at Lyndon. Staff returned for bandages, drugs, equipment and anything useful and transportable. (The Registrar Dr. William Stanley Walton and Sister Moore were awarded the George Medal on behalf of the staff and in ‘recognition of the deeds done on this day’).

Friday November 21st. Tantany, Stone Cross, High Street and Trinity Street bombed. Salvaged from a shot-down German bomber were maps of the area indicating locations of targets, such as Swan Village Gas Works and Bescot marshalling yards. Most local factories and steel works were itemised along with their annual tonnage outputs recorded.

Over the week, 120 persons were killed and thousands injured. King George VI and Queen Elizabeth visited the town and Paradise Street with the Mayor, Cllr. Edward Woodward.

During 1942 – 1942 there were only sporadic raids in the area as the war had moved onto a new front. On every night when there was no alarm, a full exercise of the War Room was held at eight o’-clock and when the call did come everything worked like clockwork. A Civic Kitchen was opened at the Public Baths building and following the war it became the Gala Restaurant

After the war there was a ‘Stand Down’ parade for the Civil Defence Corps held in the Mall at London with several local members in the parade and in the crowds. West Bromwich held its own parade in Dartmouth Park with Mr Day taking the salute.”

John Day was the former Town Clerk for West Bromwich and Sandwell. Information originally supplied by Mr John Day, in May 2002 in conversation with Anne Wilkins.

The sound recording below is from 2009, with Anne talking to John about his photo-album.

‘The Resolute Spirit of West Bromwich’ is a short play written by 18 year old Wesley Rolston, which takes its inspiration from the evacuation of local children in September 1939, in anticipation of a German bombing campaign. Download pdf Resolute Spirit.

Over 40,000 sandbags were needed to protect all vital points with especially the Town Hall, the nerve centre of organisation.