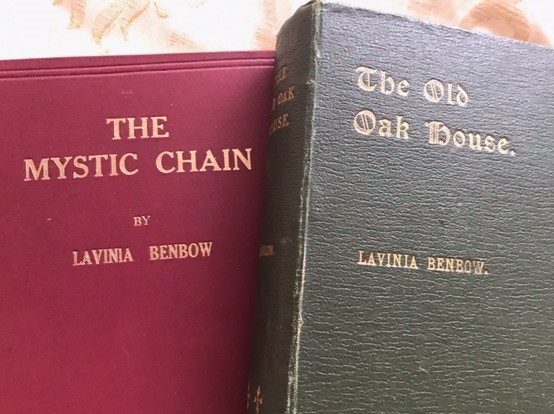 Lavinia lived close to the Oak House and her first novel, set during the English Civil War is centred on the property.

Lavinia Holland was born in West Bromwich, the daughter of John Holland, a grocer with a shop in Loveday Street.

She married Pryce Benbow the son of Richard Benbow, a welsh farmer/miller of Rock Mill Bronywood, Montgomeryshire.   They were married at Mayers Green Chapel on August 28, 1869 when Lavinia was 18 years old.  Pryce was 25, a warehouseman, living in Pitt Street but by the time of the 1871 census he was a grocer in Oak Road/Lodge Road.  The couple would have witnessed big changes in the town including the erection of the public buildings, such as the Town Hall,  at the other end of Lodge Road.

The Old Oak House “A Tale of the Seventeenth Century”. 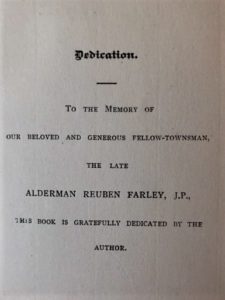 The tale is told from the everyday perspective of the Turton family living at the Oak House during the English Civil War (1642-1649) and in particular leading up to the siege of Royalist Dudley Castle by the Parliamentary Forces.  A time when West Bromwich was a wild lonely heath.

Oak House was donated to the town by Reuben Farley and the book, published in 1899 the year he died, has a dedication to him.  It also has illustrations by N. Ault and Katherine O. Underhill (curator of the Oak House Museum at the time).  Katherine was the daughter of Reuben’s good friend Dr. Thomas Underhill.

This book was published in 1929 and is the story of Enid Lynton, daughter of a poor widow, and the mystic chain of circumstances which, link by link, thread through her life.