With the advances of the Industrial Revolution people were migrating from the countryside into the towns in large numbers. In West Bromwich we saw a rapid increase in the population of the area from 52,500 in 1841 to 70,000 just ten years later. 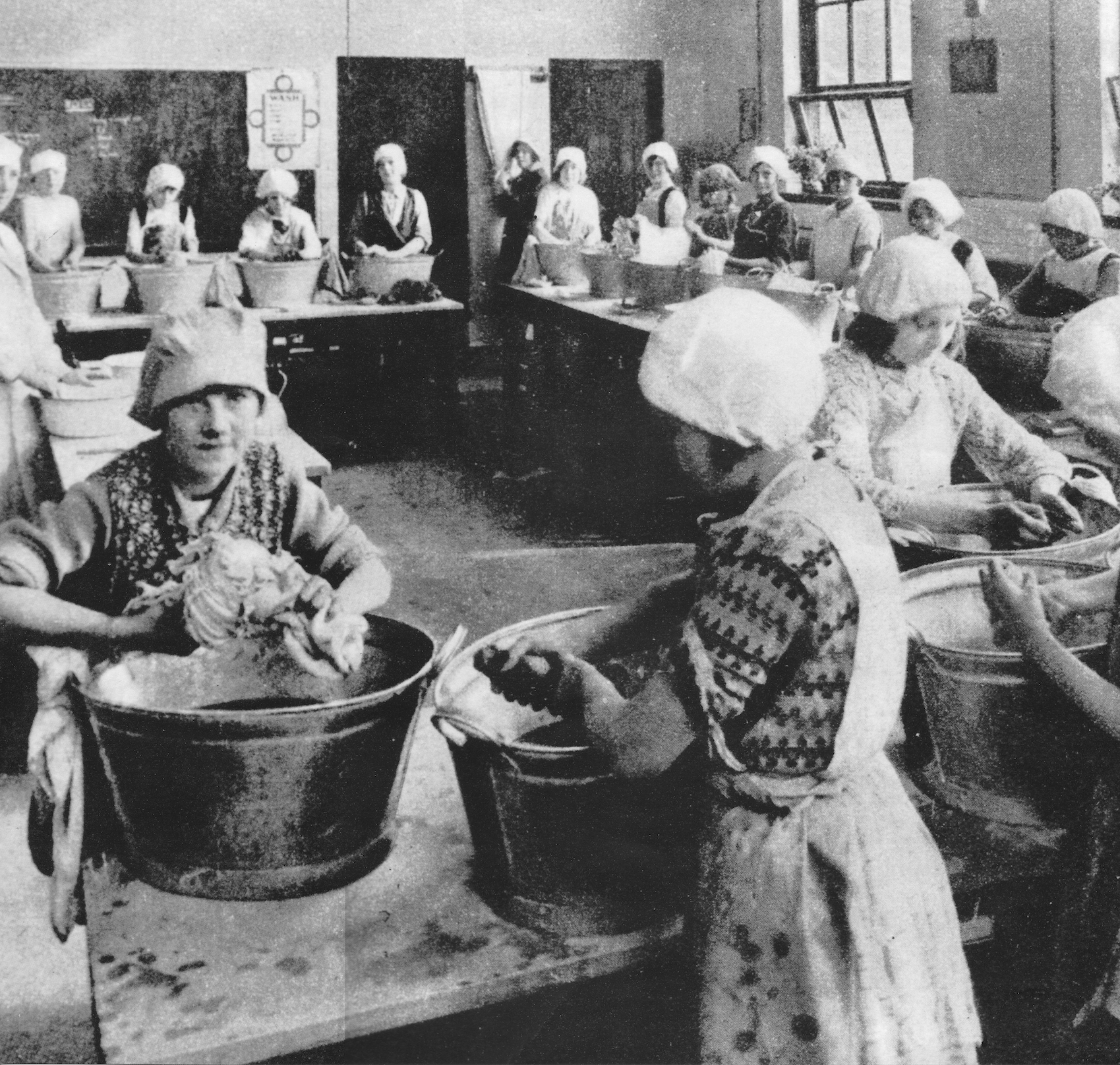 The workhouse was by some reckoned to be one of the noblest buildings of its kind in South Staffordshire.

With the advances of the Industrial Revolution people were migrating from the countryside into the towns in large numbers. In Wets Bromwich we saw a rapid increase in the population of the area from 52,500 in 1841 to 70,000 just ten years later.

The pressure therefore for accommodation of the poor mounted and eventually the new workhouse was built between 1855-58 in a Gothic styled building, designed by the architects Briggs & Everall of Birmingham, at a cost of some £27,000. It was by some reckoned to be one of the noblest buildings of its kind in South Staffordshire.

Admission to the Workhouse

Admission to the Workhouse was by interview by a Relieving Officer, a Board of Guardians or in urgent cases by the Master of the Workhouse. On admission the paupers went to the Relieving Ward where men and women were separated, stripped, washed and issued with the workhouse uniform. They would then have an examination by the Medical Officer and be classified.

All meals were eaten in silence, with the men and women and children separated.

All inmates who could work had to do so and often included: workhouse maintenance; laundry and cleaning; sewing; stone breaking (small stones to be used for road maintenance); oakum picking to be to untwisted into many corkscrew strands); agricultural or horticultural work.

Children in the workhouse

Children were viewed as not morally responsible for their destitution.  In 1862, an Act of Parliament provided for the maintenance and education of Pauper Children. Inspections were to be carried out by Poor Law Board Officers.

‘At Wigmore the boys are now under the control of the Superintendent, and the girls of a Matron; the former are taught the trades of a tailor, shoemaker, baker and gardener, while a proportion assist and learn all they can from the engineer; the girls are employed in the laundry and other useful domestic locations. The boys get military drill; and, by way of brightening the lives of the whole establishment, a good juvenile brass band is conducted among them. At the age of 14 the boys are apprenticed, and the girls are sent out to domestic service, but during the first two years after leaving the school they are visited and supervised by the Chaplain.’

‘At bugle call on Christmas morning I woke up with this thought, ‘How should I spend today?’ It was soon evident to me that great preparations have been in progress for making this Workhouse bright and cheerful to the 820 persons within its walls. There may linger in some minds the old notion that to enter the ‘House’ means to be harshly dealt with, but to me and many others situated as I am such notions have long been dispelled. I dressed, listening to the strains of that glorious Christmas hymn, ‘Hark the Herald Angels Sing’. At first I thought it was being sung by some voluntary choir, but afterwards find that a thoughtful official had been brightening us up with this song on his own gramophone. Thank him!’

– Christmas Day in West Bromwich Workhouse, By One Who Was There, reported in a local newspaper, 1904.

All meals were eaten in silence, with the men and women and children separated.