At the time of Reuben Farley’s birth at Great Bridge in 1826, West Bromwich had already started to expand from a scattered village community into a fast growing town where the population multiplied six times within a few decades. 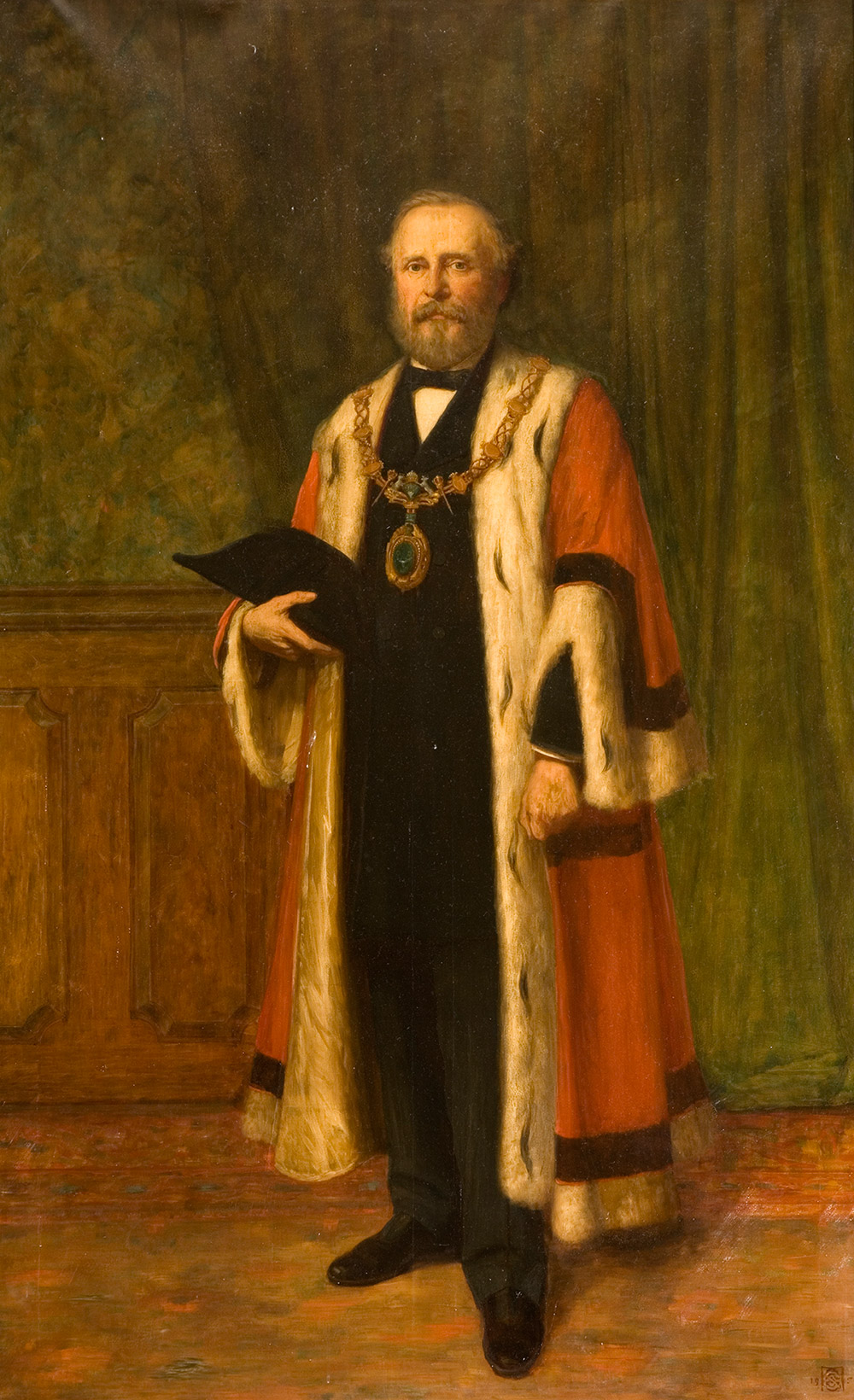 More information on the life of Reuben Farley can be found in our book ‘Reuben Farley – The Man of West Bromwich’.

Basic services such as proper sanitation were non-existent until Town Improvement Commissioners were appointed in the 1850s. Farley would join the Commissioners, becoming chairman in 1872. Eventually, when the town received borough status in 1882, Farley was the first choice as first citizen, in fact he was Mayor of West Bromwich five times in all.

He was a classic example of the Victorian businessmen who were active and influential leaders in the public affairs of industrial towns. He applied his business acumen to his new local government role to provide the town with what it lacked in municipal buildings. He was a key player in most of the important events which happened in the town’s development in the nineteenth century.

What makes Reuben Farley so special is what he did during his lifetime and how those things live on today. Such were his achievements, that more than a hundred years after his death, he is remembered at every turn in West Bromwich by something named after him, or whose name appears on plaques and foundation stones throughout the town.

He never did anything for the short term and showed an amazing capacity for longevity in each of the many roles he undertook. He could persuade people to his way of thinking, as in his friendship with the Earl of Dartmouth and the acquisition of land for our lovely Dartmouth Park.

When residents of some districts of the town complained that Dartmouth Park was too far away for them to visit, Reuben personally paid for land to create a recreation ground at Greets Green. (Now known as Farley Park)

On April 20, 1896 he was made first Freeman of the Borough at a ceremony at the Town Hall.

Farley Clock Tower
On Wednesday October 27 1897 the Farley Memorial Clock Tower at Carters Green was handed over to council. It had been built by public subscription as an opportunity to show Reuben Farley how much his public services over the previous 48 years were appreciated.

Farley bought Oak House intending to live there, but he changed his mind and made a gift of the house for use as a museum and art gallery, “for the free use and enjoyment of the inhabitants of West Bromwich for ever”. After three years of restoration the Oak House was formally handed over to the town on Monday 25, July 1898.

One of the ten children born to Thomas and Elizabeth Farley, he was still quite young when his father died and he stayed with his mother in the family home until his first marriage when he was in his forties. He married three times over the course of twenty years. His first two wives died childless and it would only be with his third wife Harriet (Fellows) that he became a father himself when he was in his seventies. Like his father before him Reuben would leave his bereaved wife with a young family to raise. There were five children aged from 11 to just 3 years old.

He died in 1899 and was buried in Heath Lane Cemetery.

More information on the life of Reuben Farley can be found in our book ‘Reuben Farley – The Man of West Bromwich’. To purchase this book please use the following link:

You can buy the book with Paypal or your credit / debit card by clicking the link above or clicking the Paypal button below. The book costs £10 with an additional £2 for postage to the UK. 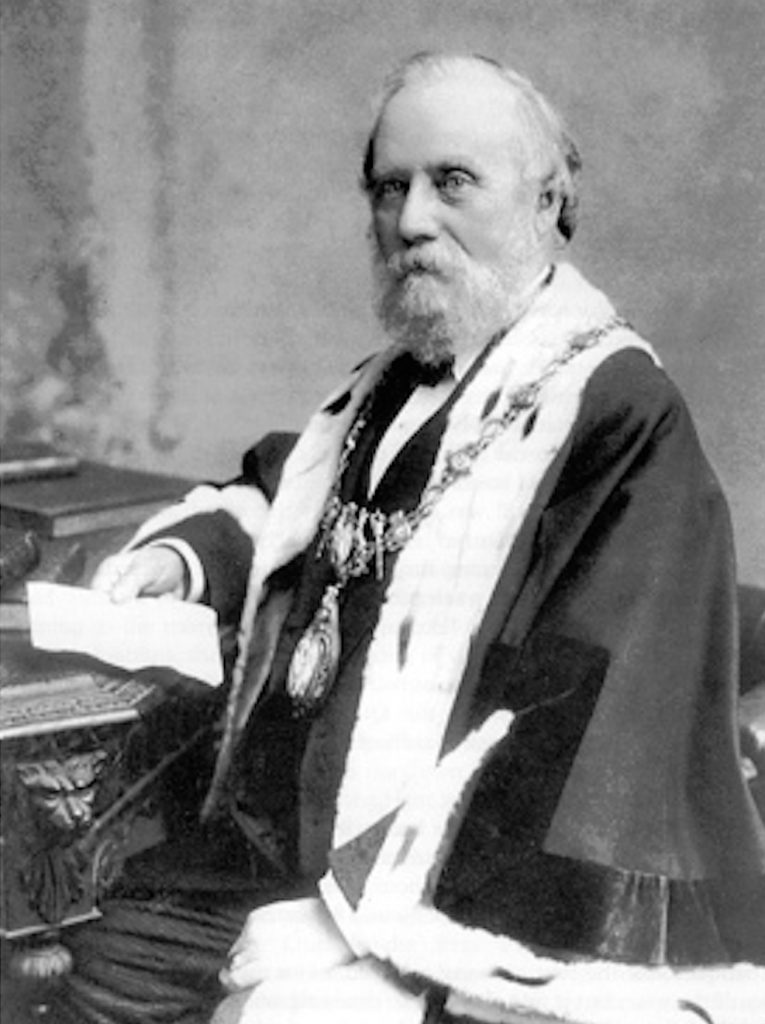 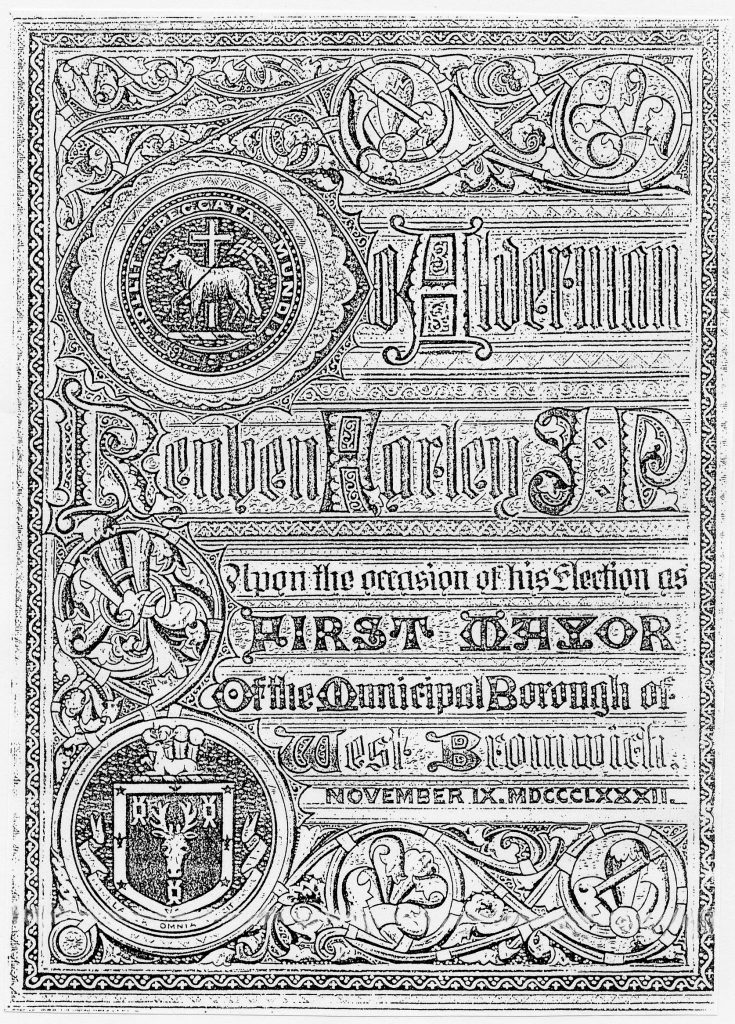 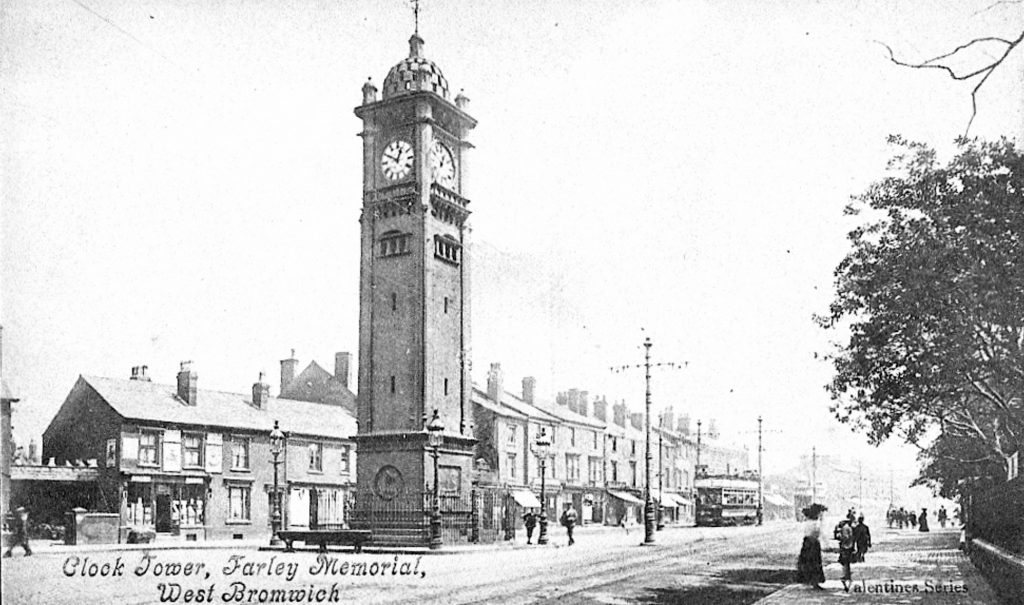 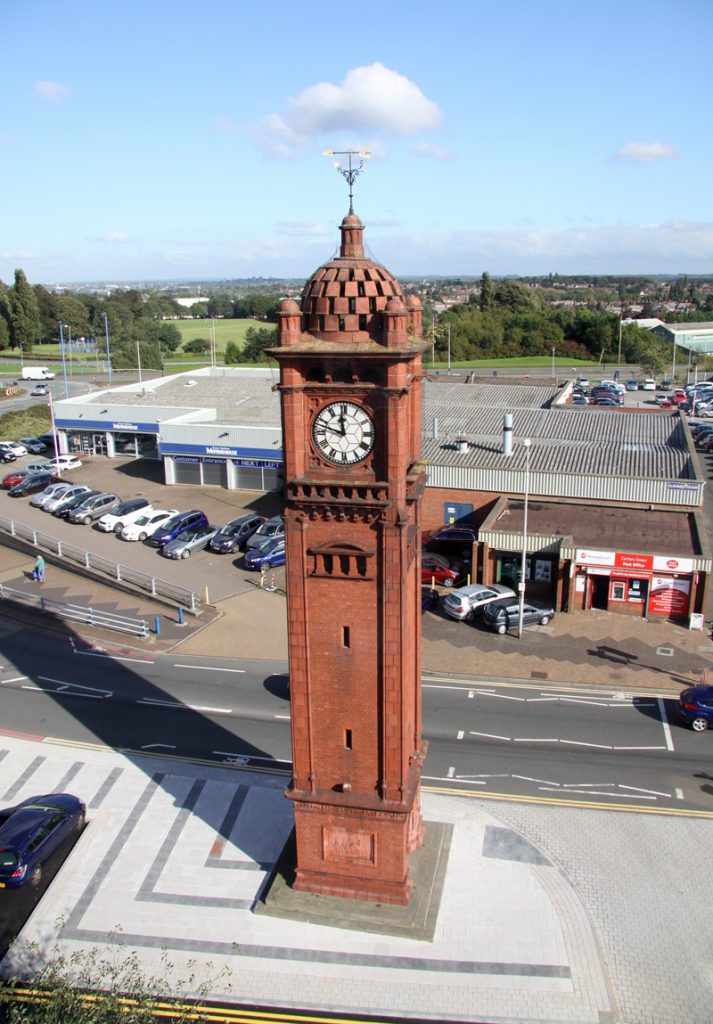 Reuben Farley was Mayor of West Bromwich five times in all.