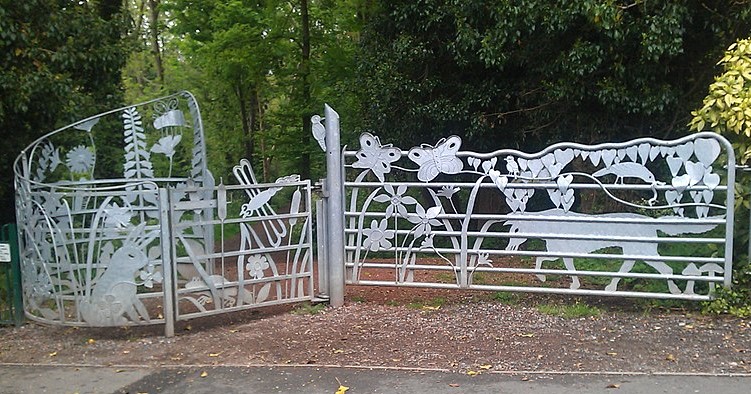 In November 2005 a group of local people joined together to form the Friends of Sot's Hole with the aim of conserving, improving and raising public awareness of the site.

The 5.5 hectares of Sot’s Hole is one of many local nature reserves in the Sandwell area.

It is dominated by woodland, some of which is semi-ancient and includes a number of small marsh areas and a small stream.  It is most noticeable for the great display of bluebells in the spring.  The variety of woodland habitats helps to support a range of plant and insect life.  Ancient oak and ash trees, woodpeckers, rabbits and fungi all combine to give Sot’s Hole the feel of being deep in the countryside.

Sot’s Hole is located in Church Vale with the main entrance in the deep hollow of Dagger Lane. In 2008, an impressive new gate was erected here,  designed and made by artist/sculptor Tim Tolkien together with the Bluebell sculpture close by.

The Oxford Dictionary tells us that the word ‘SOT’ means a man constantly stupid with drink. According to local legend SOT’S HOLE is so called because it was frequented by local alcoholic publican Richard Reeves but as there was a public house close by used by hard drinkers, this may have given the place the reputation conveyed by the name. 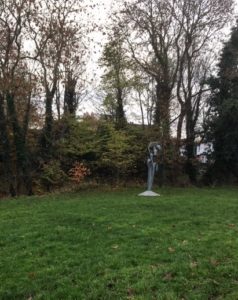 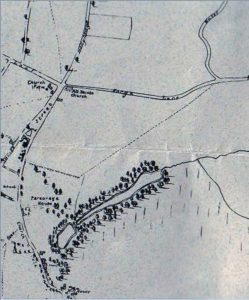 The Bear and Ragged Staff public house was located at Church Vale c 1760.