A Tribute To Our Late President, Stan Wilkins. 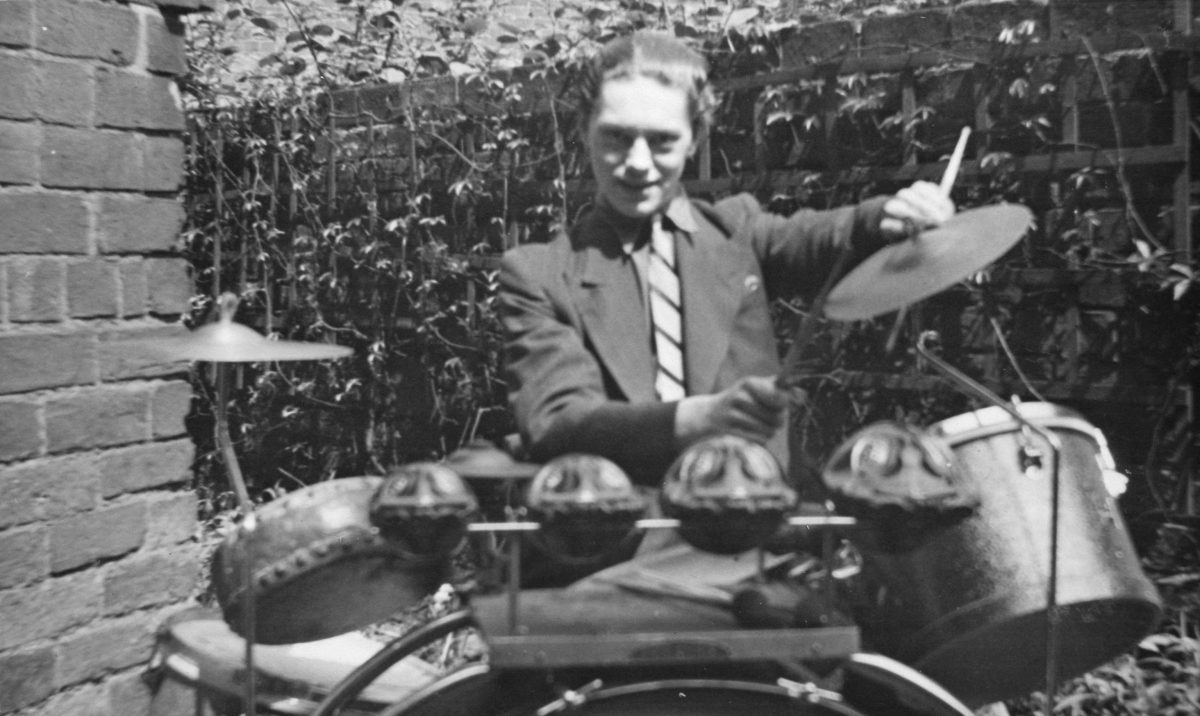 He enjoyed holidays to Rhyl, the Gower Coast and Weston. It was at Weston in 1936 that he took his first ever plane trip, a spin all the way to Cardiff. Perhaps this was a portent of his later wartime life in the RAF. On leaving school he joined GEC Witton as an apprentice electrical engineer assembling armatures but became disillusioned. A more enjoyable part of his life at this time was spent playing in local dance bands as a drummer. He moved to Newmans Commercial Property Agents as an assistant come chauffeur around 1938, with time off for band engagements playing with ‘The Ebeneezer Trio’ among many others.

In 1939 he had his first car, and in 1940 was fined £1 for speeding at 20 mph without lights in the Blitz! Memorably too, in 1940 a petite girl called Joan caught his eye, and with the help of a friend he conspired to meet her in the Sandwell Hotel. They became engaged in August 1942 marrying in October that year. Joan worked in Bodenhams for many years.

In the same month they were engaged he was drafted into the RAF. He volunteered for aircrew but failed a medical and was eventually sent to ground crew maintenance in Karachi, India, for the next three years. He soon joined the station band and toured India keeping up morale. He left Karachi in March 1946, and came home. Demobbed he joined Steel Parts, Stan said the owner favoured appointing RAF personnel having lost a son in the war. Steel Parts subsequently became part of Glynwed Industries. Stan prospered with Glynwed; as he rose up the managerial ranks he was asked to manage the newly formed IT department located in Wednesbury. He was also a trouble shooter sent to many of Glynwed’s subsidiaries until he retired in 1987.

He continued to work as a freelance drummer in his leisure times; keeping a detailed account of all the gigs he played since 1947. Retirement saw him become a founder member of both West Bromwich Civic Pride and the West Bromwich History Society. A very generous man, he always bought the wine for our Trafalgar Meals. So it will be a very fitting tribute to a West Bromwich chap if we raise our glasses at our Trafalgar Meal in the month of October and say, ‘Cheers Stan, and thanks for all you have done for us.’

Interview with Stan Wilkins, where he recalls growing up in West Bromwich. Download pdf.