It is hard to imagine a time when children had not seen an orange or a banana, or chocolate due to food rationing. 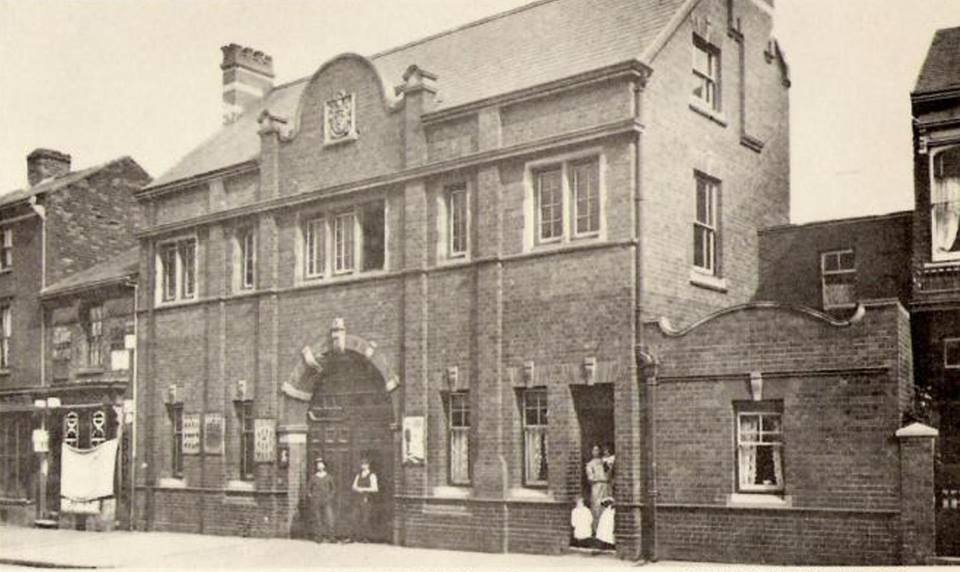 It was a self-service routine in 1942, war workers would collect a tray and queue up to have meat and two veg put onto their plate, followed by a pudding and a cup of tea for the princely sum of just over one shilling!

However the wartime housewife became a very good cook, adept at making the best of the little food available.  For some families their food supply could be supplemented by growing their own vegetables and by keeping a few hens in their back gardens to ensure a supply of fresh eggs.

When rationing first began, restaurants did not have to worry about their supplies being rationed but this lead to widespread complaints as the better off could eat well without using up their valuable rations.  In 1942 the Government introduced restrictions whereby restaurants could only serve one main course at a maximum charge of five shillings (still not affordable by the working-class families) but there were very few cafes and restaurants anyway due to bombing etc.

This situation led to the start of ‘The British Restaurant’ – which was non-profit making and guaranteed against loss by the Government. It was also at this time that under pressure from the Ministry of Labour some employers provided canteen facilities for their workers.

In 1942, The Clock Tower Restaurant opened at Carters Green on the site of the old Drill Hall. Owned by the West Bromwich Corporation it provided meals for war workers.  Locals enjoyed the atmosphere, they would make their way to Carters Green during the lunch break and enjoy a good cheap meal before returning to work, fortified and prepared for the afternoon work session.  It was a self-service routine, workers would collect a tray and queue up to have meat and two veg put onto their plate, followed by a pudding and a cup of tea for the princely sum of just over one shilling!

During January 1943 the Carter’s Green ‘British Restaurant’ was visited by the Duke and Duchess of Gloucester as part of their three day tour of the Midlands.  This was the second visit to West Bromwich by the Duchess in six months.  The Royal couple were accompanied by the Earl of Dudley (Regional Commissioner) and received at the restaurant by Mayor (Councillor Mrs. A.E. Caldwell).  Also present were the Mayoress (Mrs. Dorothy Oldfield), Lieutenant John Dugdale M.P., Councillor G. Watts (Chairman) and other members of the British Restaurant Committee, together with manageress Mrs. Marsh and the Town Clerk Mr. J.G. Darlow.

The Duke and Duchess were very interested in the restaurant where every seat was occupied and the proposed five-minute visit was greatly prolonged.   According to the January 15th edition of the ‘Chronicle’ the Duchess asked many questions of the Mayor and spoke to helpers and diners alike.  She and the Duke stayed a long time at the “cash and carry” counter and watched housewives being served with midday meals for families. The Duke remarked that this was ‘one of the finest and best equipped British Restaurants I have seen’.  He praised the ‘cash and carry’ system.  The Duchess agreed it was especially pleasing to know that many women on part-time war work during the morning could come along to the restaurant and get a good cheap meal for the family.

The Royal couple were surprised to learn that this particular British Restaurant had formally been the old Drill Hall – this building was previously the headquarters of the Territorial Army (Royal Artillery), and stood opposite the Clock Tower.

During January 1943 the Carter’s Green ‘British Restaurant’ was visited by the Duke and Duchess of Gloucester as part of their three day tour of the Midlands.