The West Bromwich Town Improvement Commissioners (1854-1882) purchased prime land, previously part of the local heath from the Izon family  for the erection of a number of public buildings including the Town Hall. 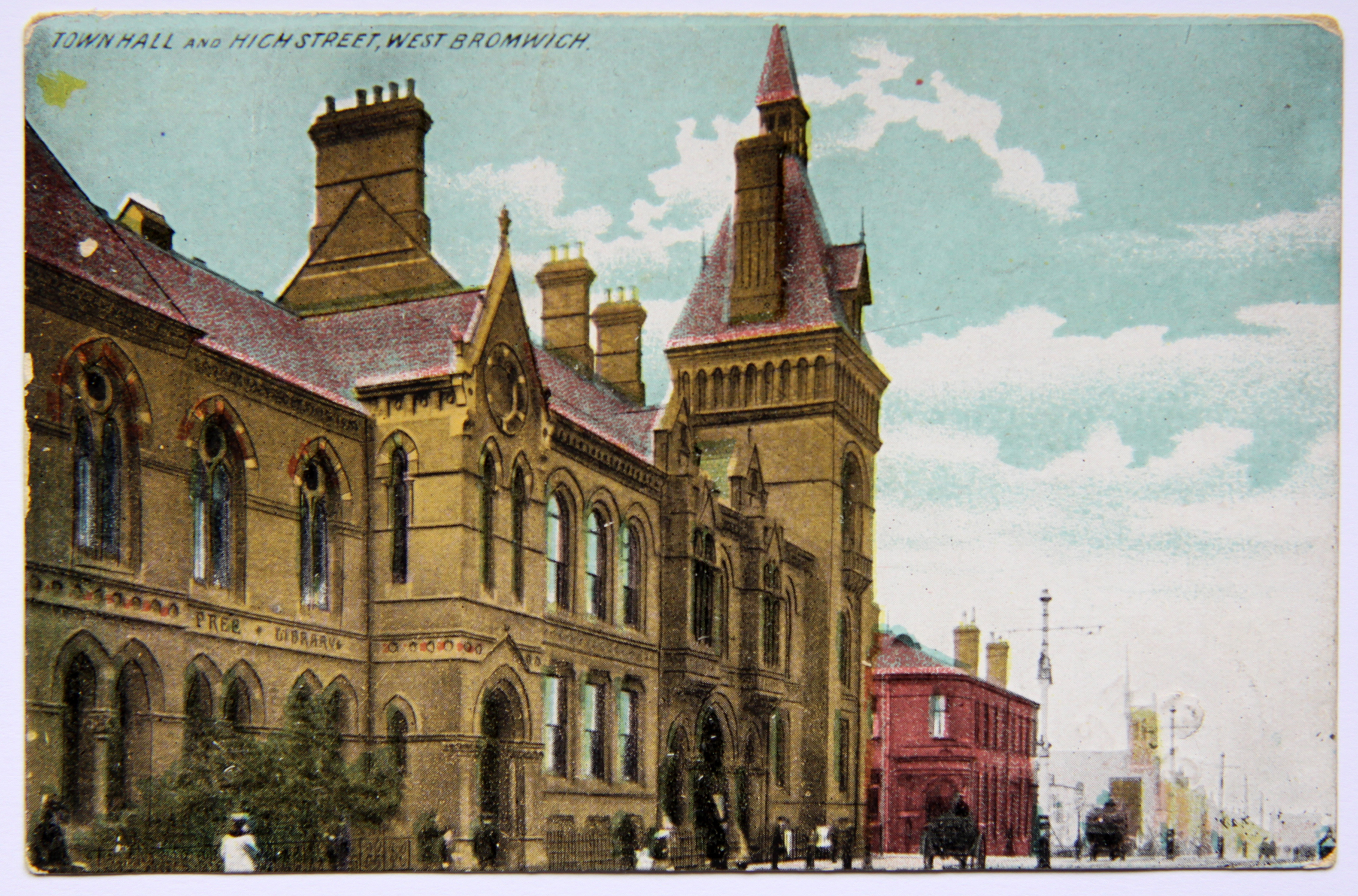 The West Bromwich Town Improvement Commissioners (1854-1882) decided that the town needed a fine building and a concert hall.

This group of men had the power to set a local tax rate, plan new streets, organise lighting and commission public buildings. They were the link between the old manorial system and the local government we know today. It was they who decided that the town needed a fine building and a concert hall.

Situated in the centre of High Street, it was built between 1874 and 1875 in brick and stone to an Italian Gothic Design of Alexander & Henman architects of Stockton-on-Tees, Middlesbrough. The contracts for the building work were Trow & Sons of Wednesbury.

At the main entrance of the Town Hall is a triplet of arches supported by stone columns with carved capitals, which are decorated with medieval carved heads representing the twelve months of the year. A flight of stone steps lead up from the High Street into a wide corridor, which encircles the main hall. The floors were laid with tiles from Maw & Company of Coalbrookdale.

The interior of the Town Hall reflects the Victorian interest in Gothic and Medieval architecture. The ceilings, the iron work, the walls and pillars have been decorated from designs by the architects and the

“harmonious blending of colours, and the magnificent stencil work costing many days of artistic and patient labour, cannot be too highly praised and words can hardly express the charming effect they have produced,”

as the West Bromwich Weekly News noted in August 1875.

The wall of the main staircase leading from the corridor to the balcony has a large stained glass window with a centre panel containing the design of the crest and motto of the West Bromwich Town Improvement Commissioners. The main tower is 40 metres tall.

The balcony in the main hall overlooks the fine maple floor of the ballroom, which leads up to the stage at the far end of the hall. Unique semi-circular cast-iron principals in the roof dominate the stage and form a setting for The Grand Organ.

The Grand Organ was a gift from Alexander Brogden, M.P. for Wednesbury, in 1878. It was built by Forster and Andrews of Hull, following the International Exhibition of 1862. It is one of twelve organs built for town halls up and down the country by this firm.

Then in 1882, they successfully petitioned the Queen for a charter of incorporation under the Municipal Corporations (New Charters) Act of 1877. The request was granted and West Bromwich had its very own town council, with six wards and 18 elected councillors. 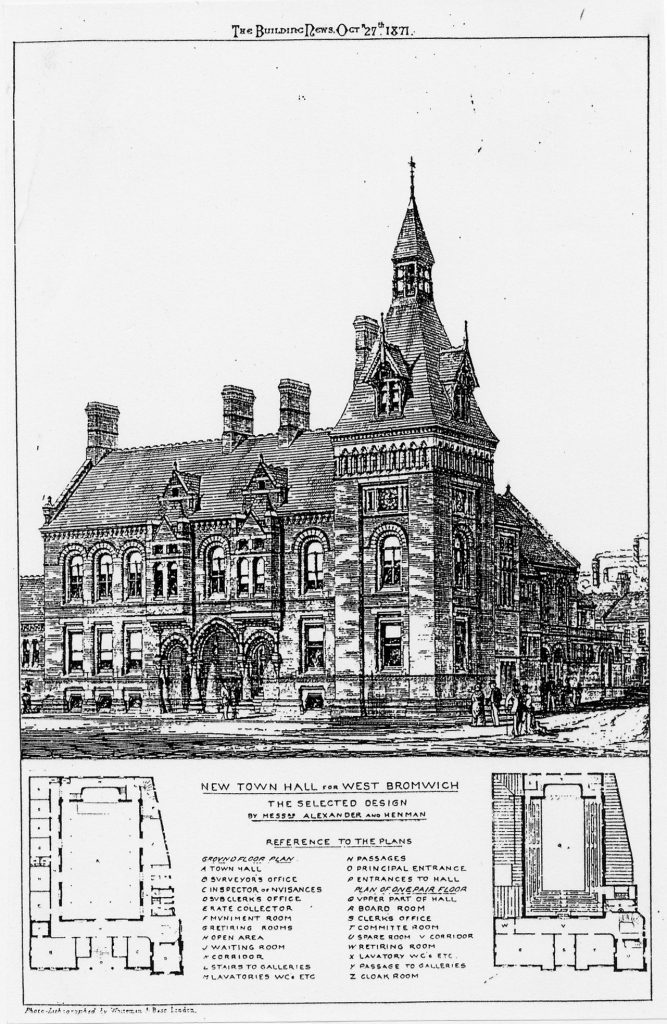 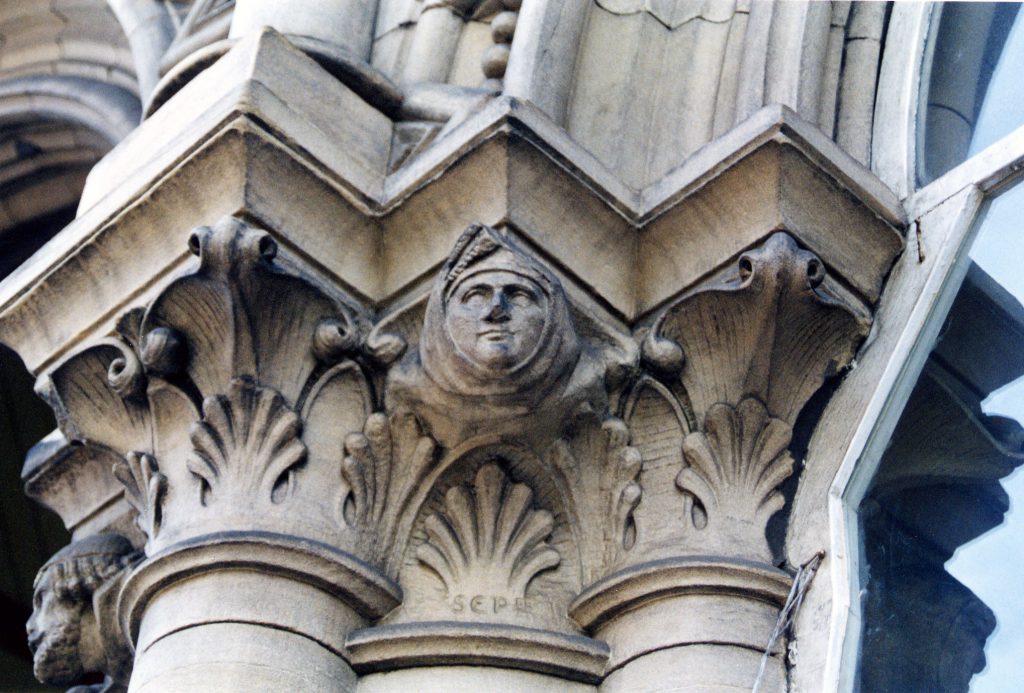 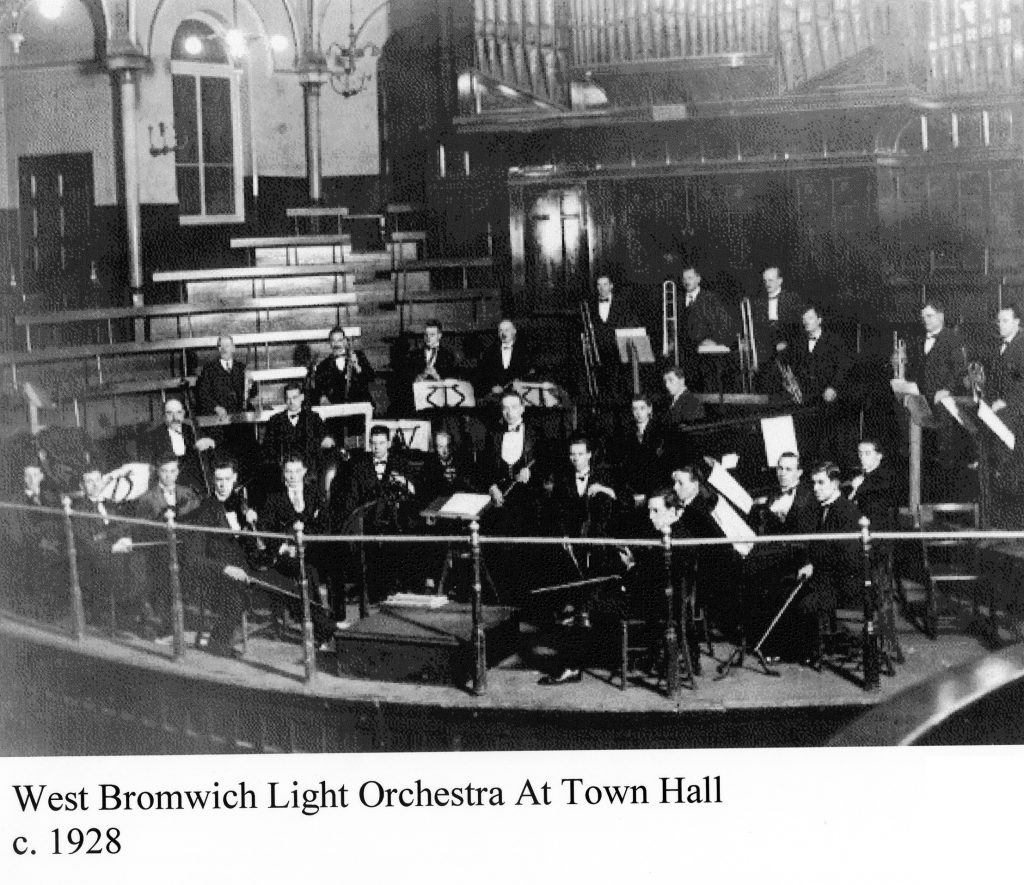 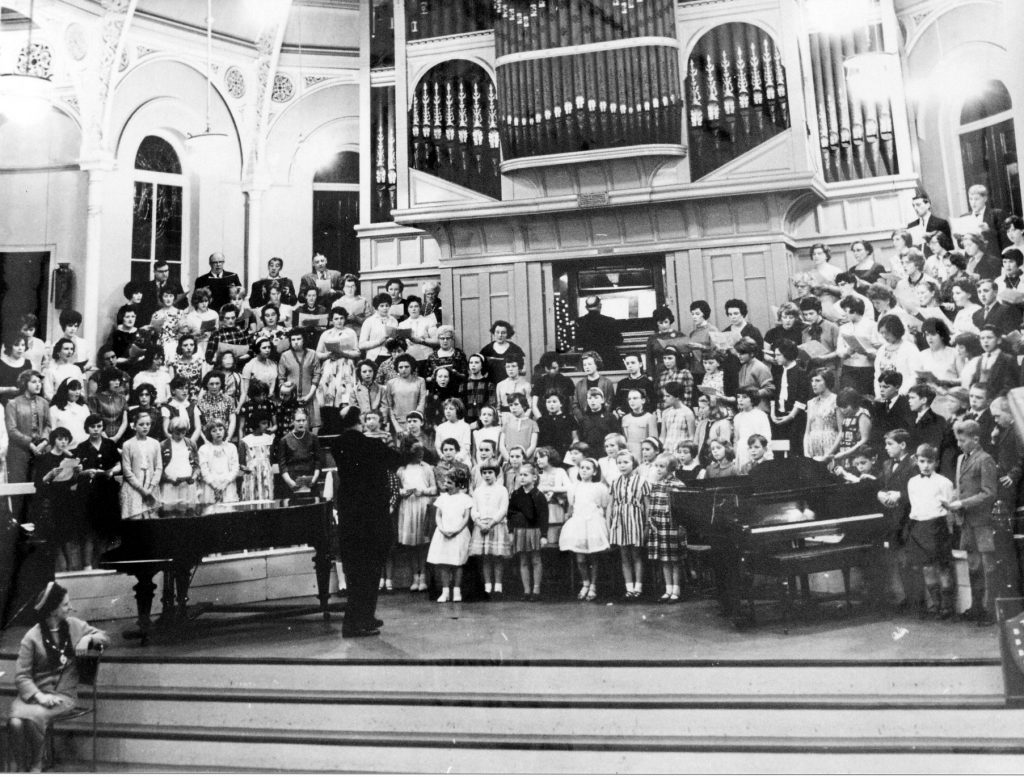 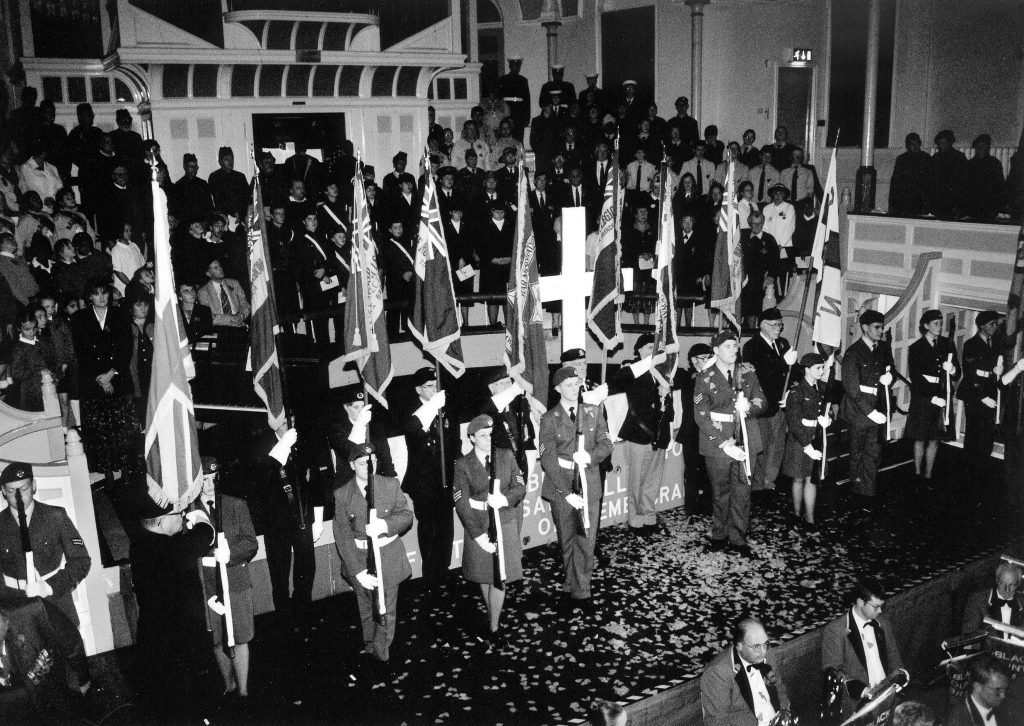 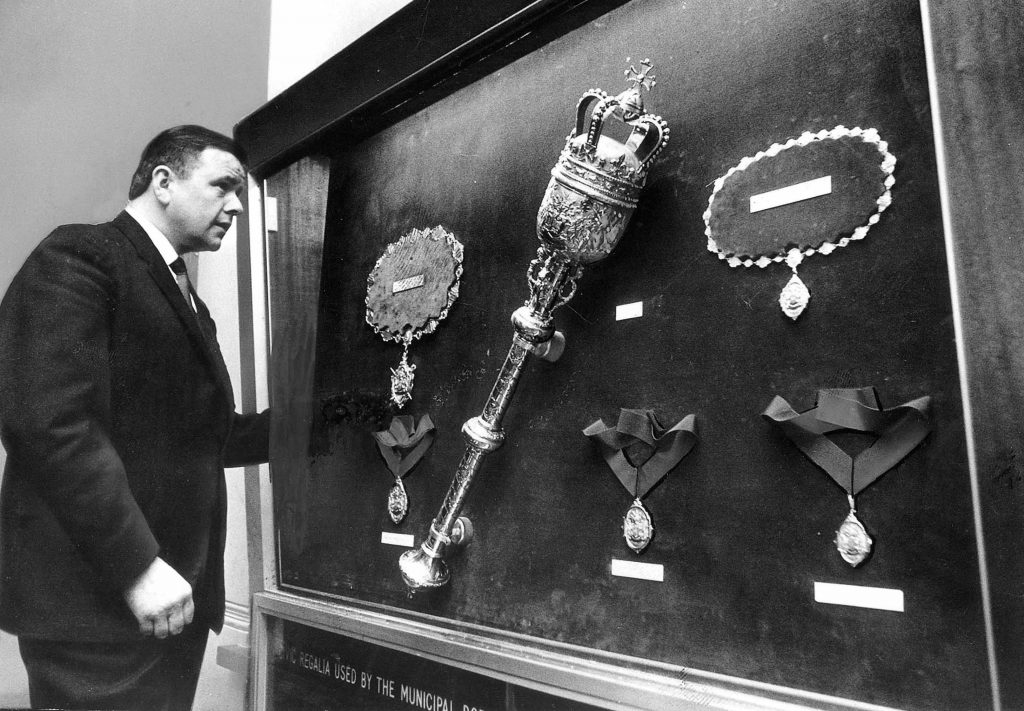 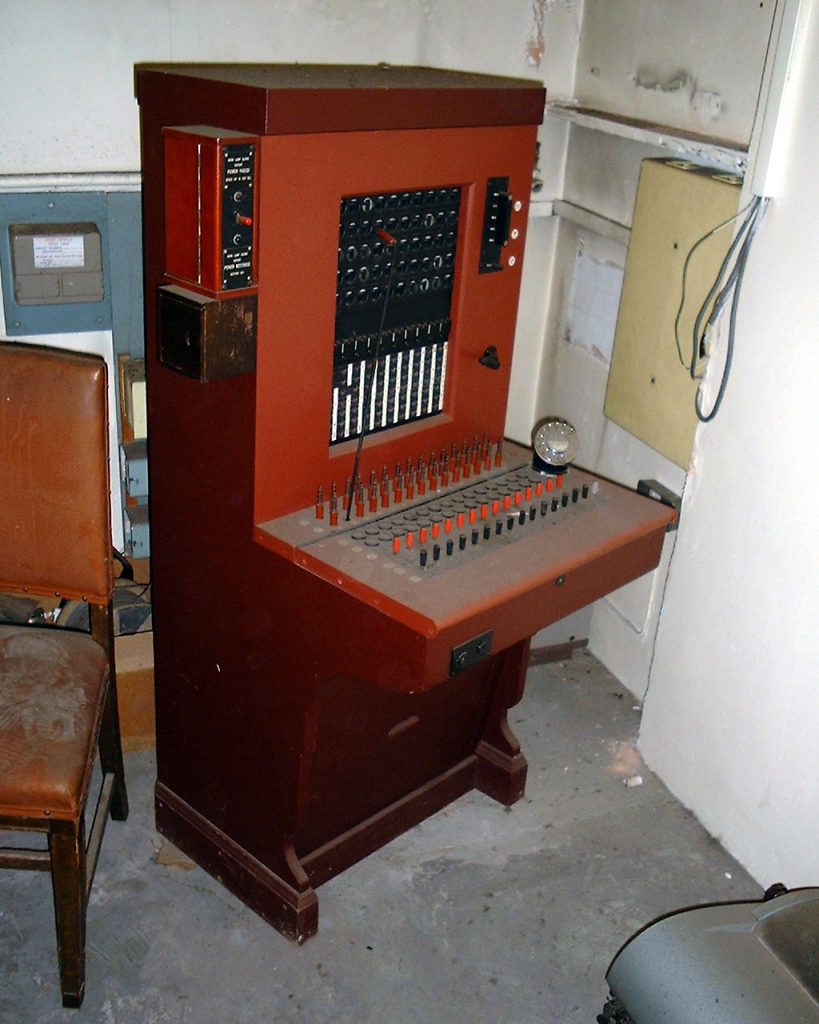 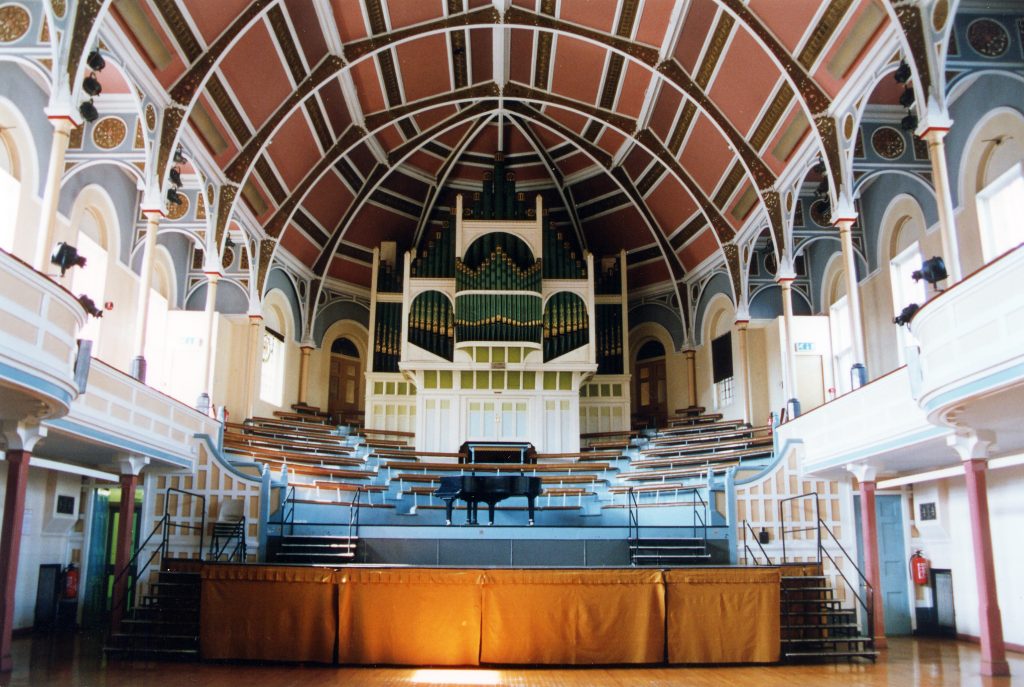 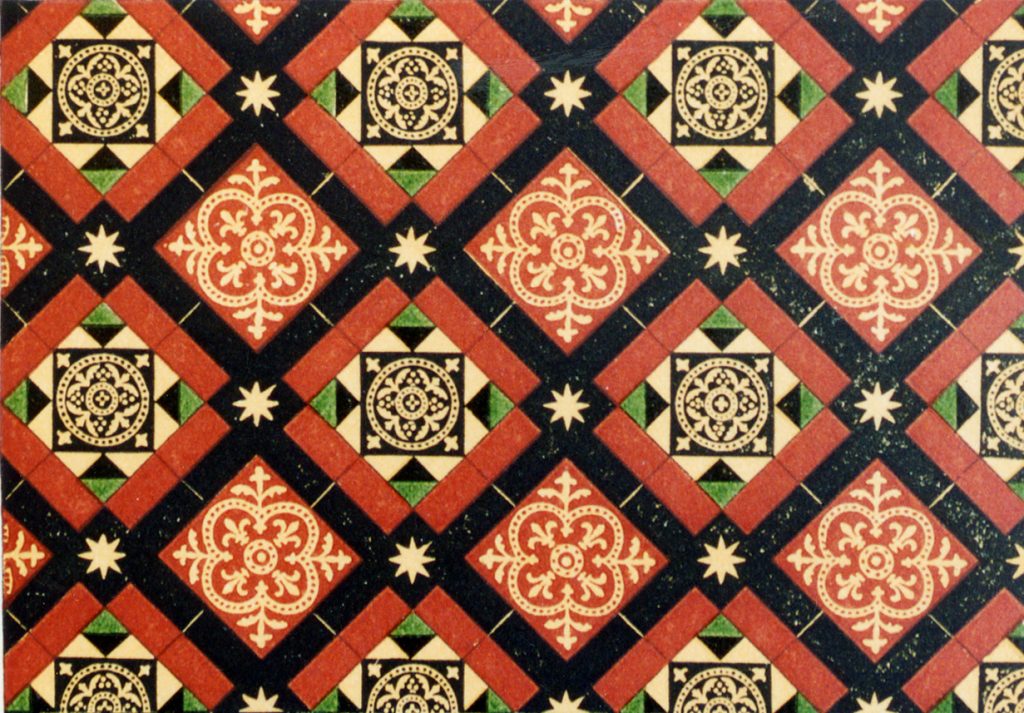 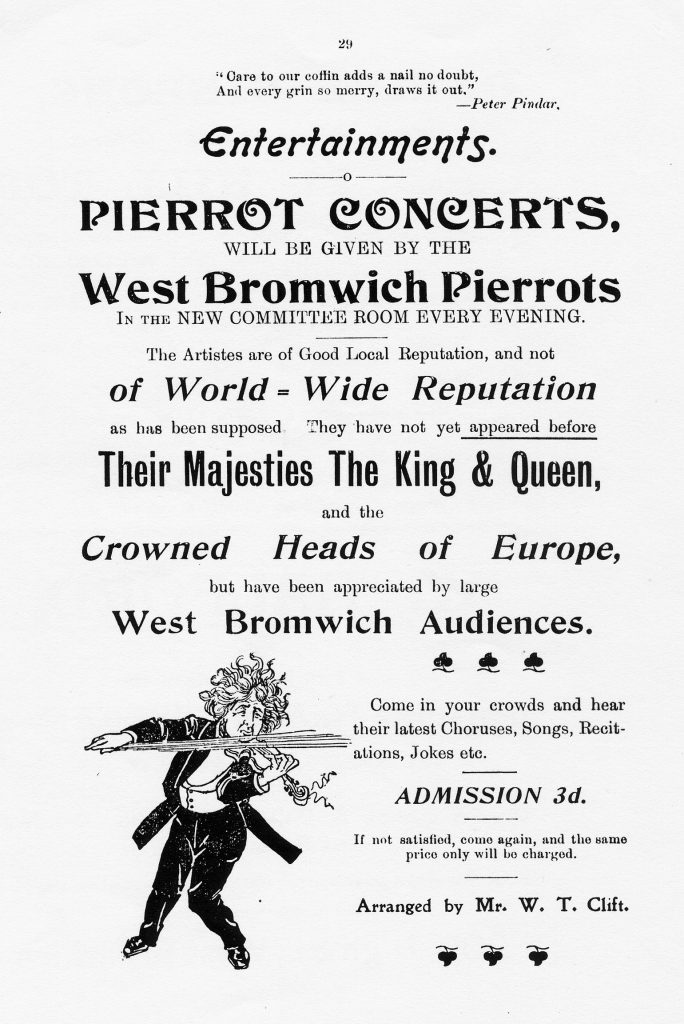 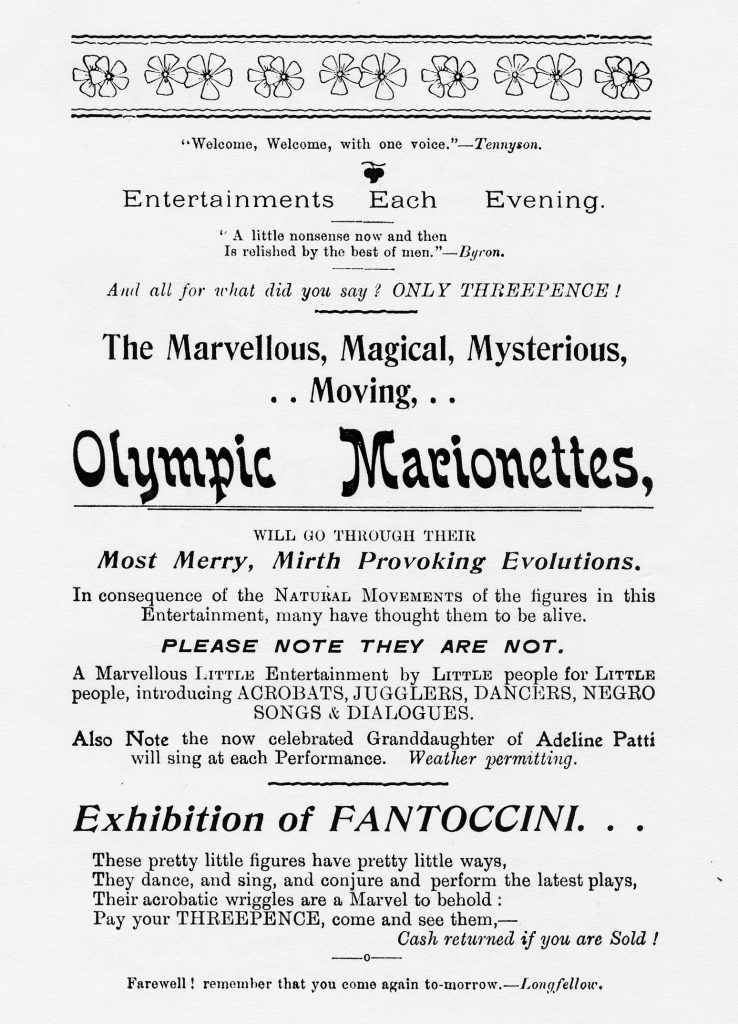 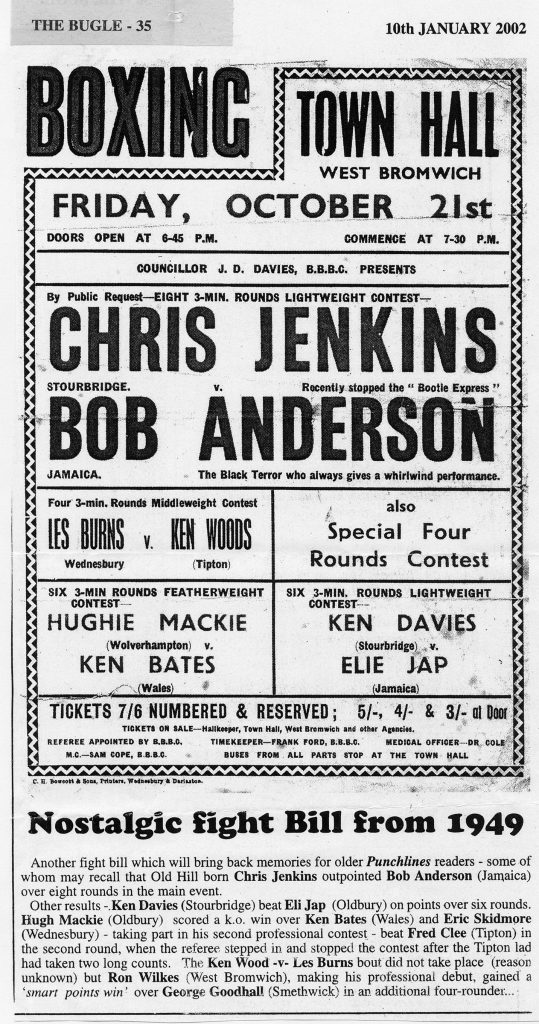 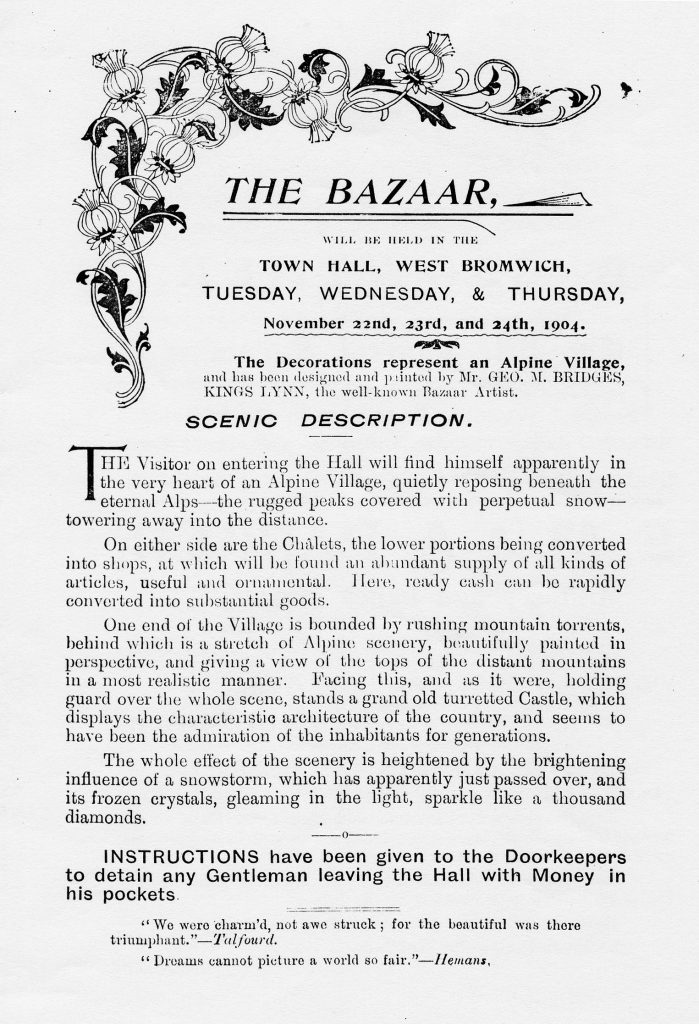 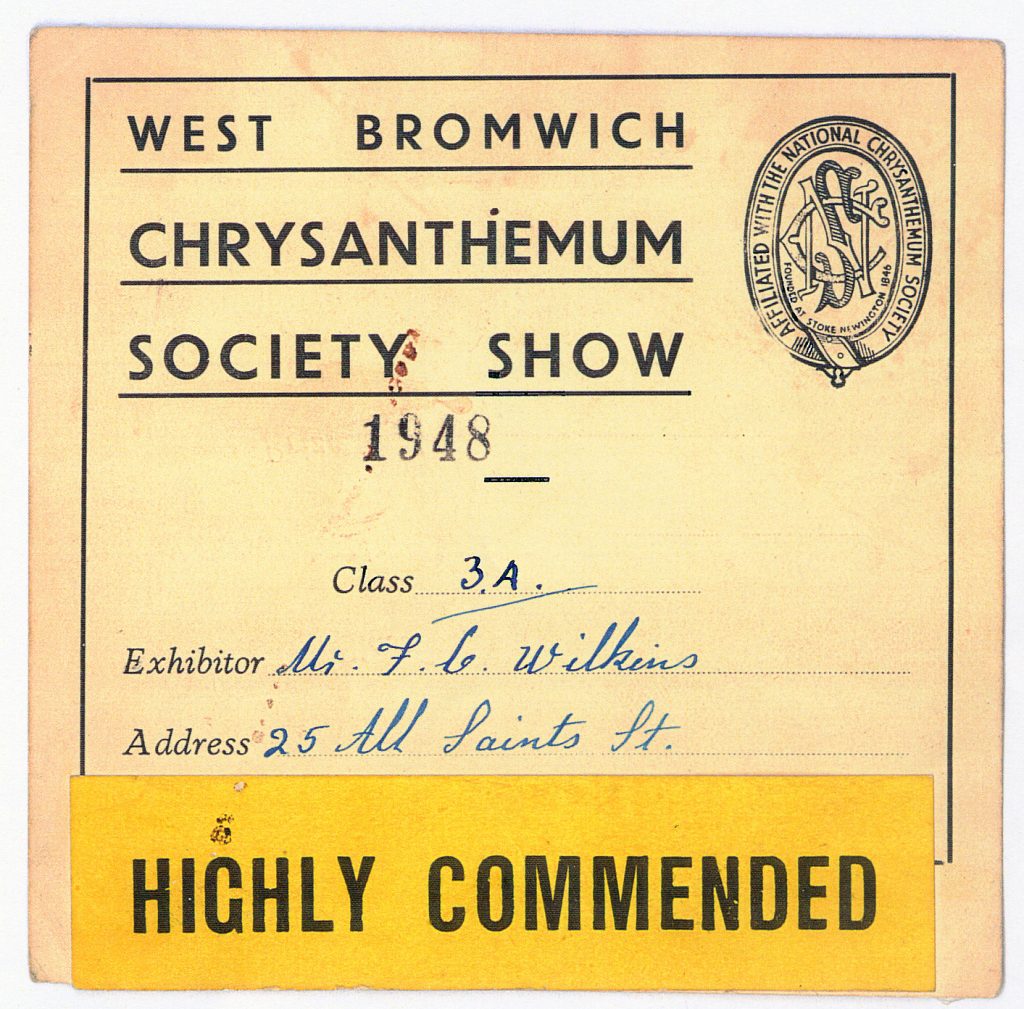 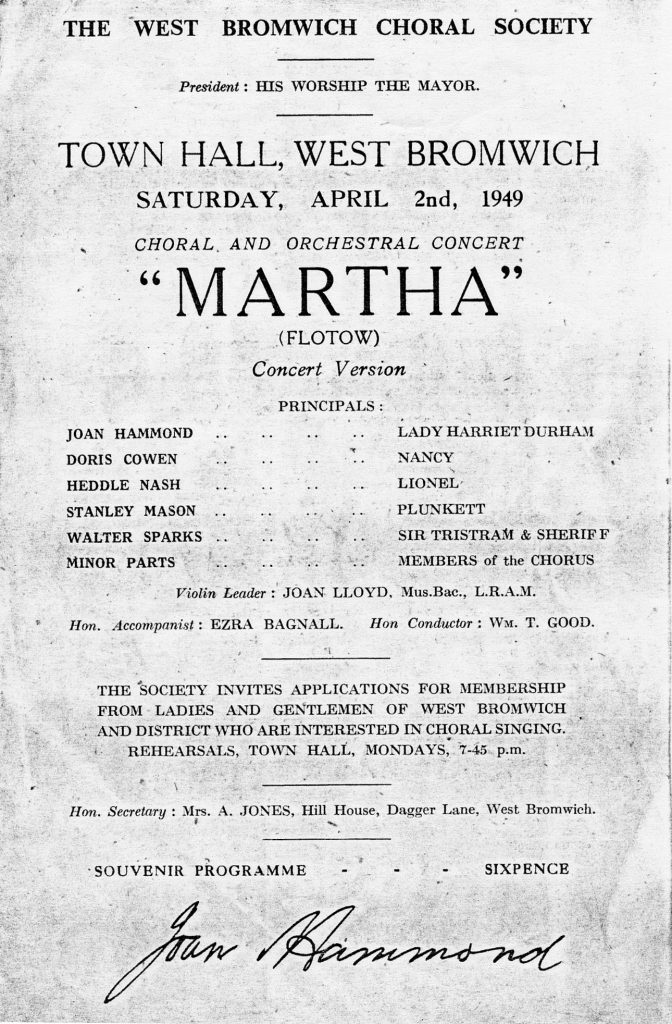 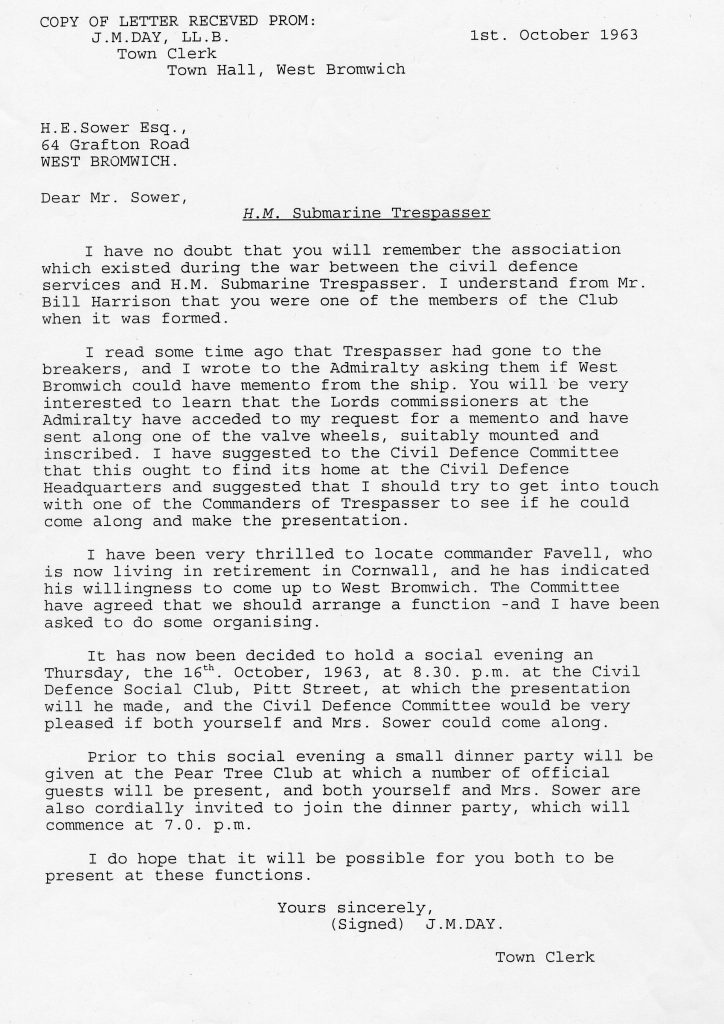 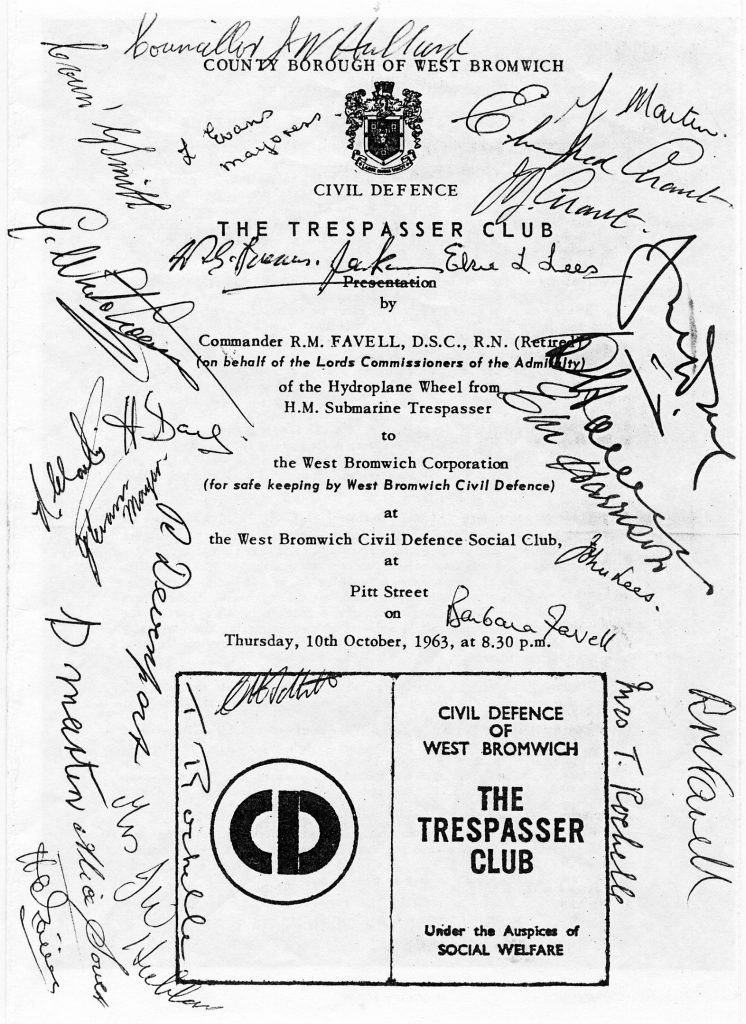 In 1882, West Bromwich had it's very own town council, with six wards and 18 elected councillors.